Netizens are cracking up at the hilarious interaction between EXO member Suho and Baekhyun as the latter plays a trick on his friend and peer during a rehearsal for the 2015 MAMA.

One particular part has gained attention after member Baekhyun drops his own microphone but coolly blames Suho, saying into the mic, “Sorry, it’s Suho,” after picking it up, causing Xiumin and Suho who are sitting next to him to laugh at the preposterous but funny blame. 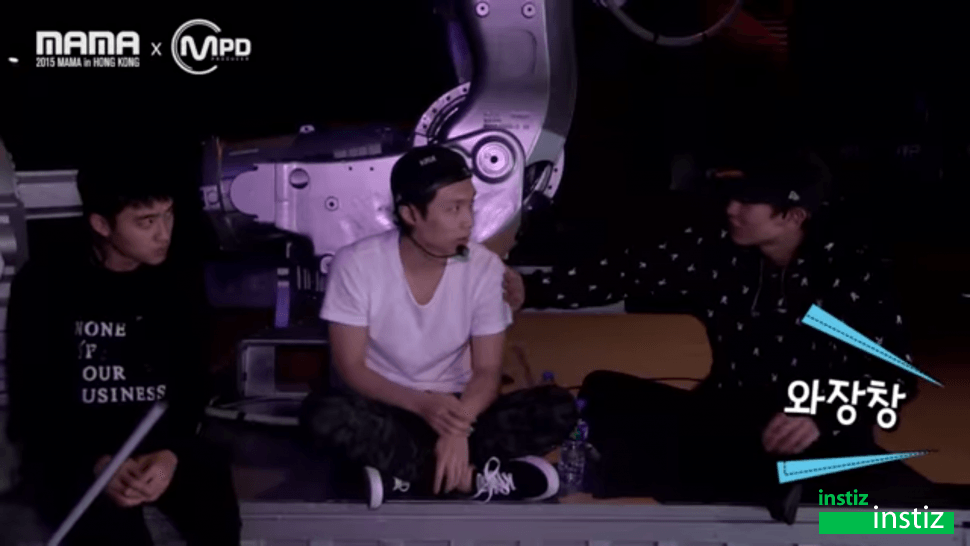 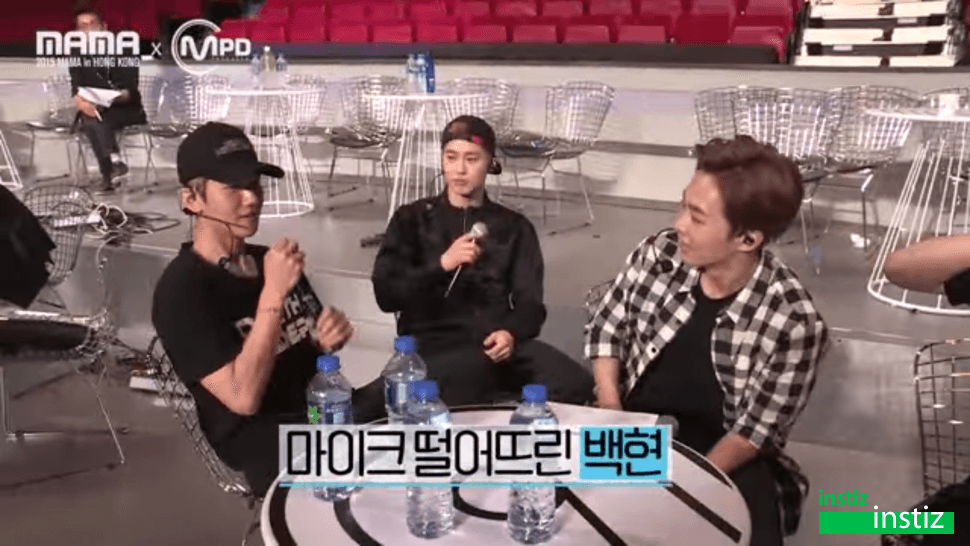 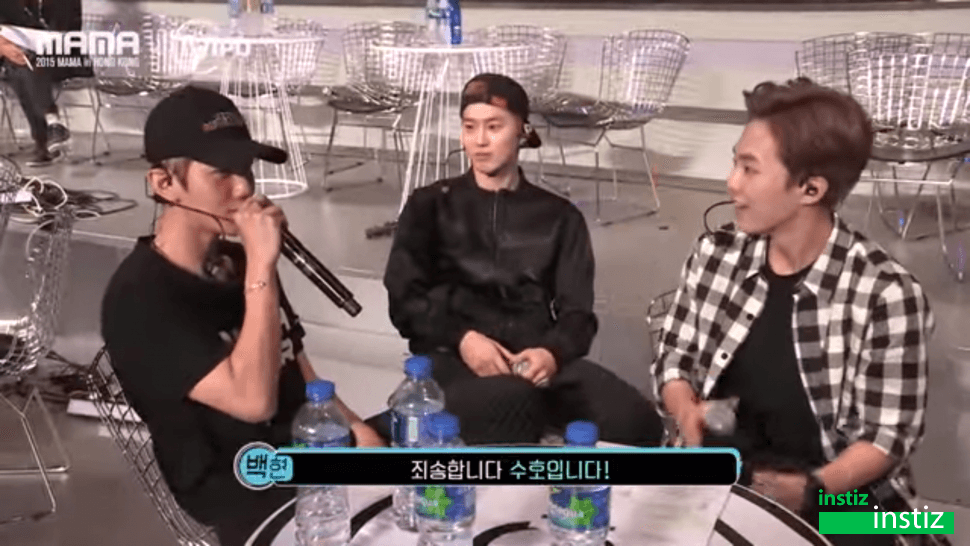