The second video teaser for Amber‘s solo title track “Shake That Brass” has been published! Fans are given a short look into the track and video, which features Girls’ Generation‘s Taeyeon.

Released on February 11th, the funky and trendy beat of “Shake That Brass” is revealed to awaiting fans as Amber’s hip concept and dance scenes of her music video is unveiled. Taeyeon’s sweet vocals are briefly heard, animated text reminiscent of TaeTiSeo‘s “Holler” appear as she she sings.

Other tracks that are set to be featured on Amber’s first mini-album Beautiful include the sweet ballad song “Beautiful” written and composed by the f(x) rapper herself, “Love Run,” and the EDM track “Heights,” as well as the collaboration track with Eric Nam, “I Just Wanna” and the title track “Shake That Brass” with Taeyeon.

In addition, Amber will be holding a brief Q&A session via her personal Twitter account on February 12th at 11:30PM KST right before the release of her mini-album online on the 13th at midnight KST. The physical version of the album is set to be available on February 16th. 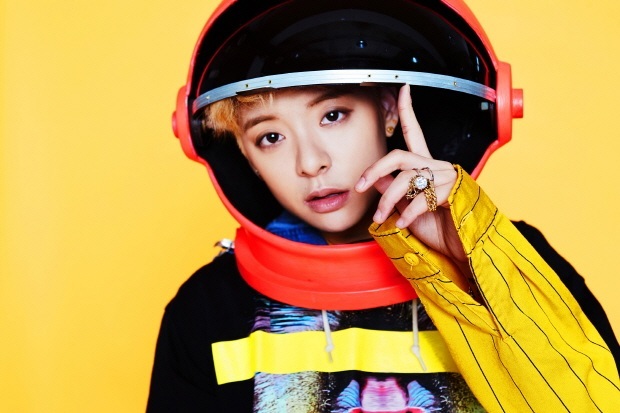