After complaining about Yubin on Unpretty Rapstar 2, Hyorin received a lot of backlash from netizens regarding her own performance on the show.

During an episode of the Mnet show, Hyorin was shown openly complaining about the Wonder Girls member being given a chance to restart her performance after messing up her lyrics. The SISTAR member complained that the show was a competition, and that it was unfair for the JYP Entertainment singer to have another chance to do her performance if other contestants did not mess up. After hearing her make these complaints, however, netizens responded by criticizing the Starship Entertainment singer for singing most of her performance despite the show being a rapping competition. 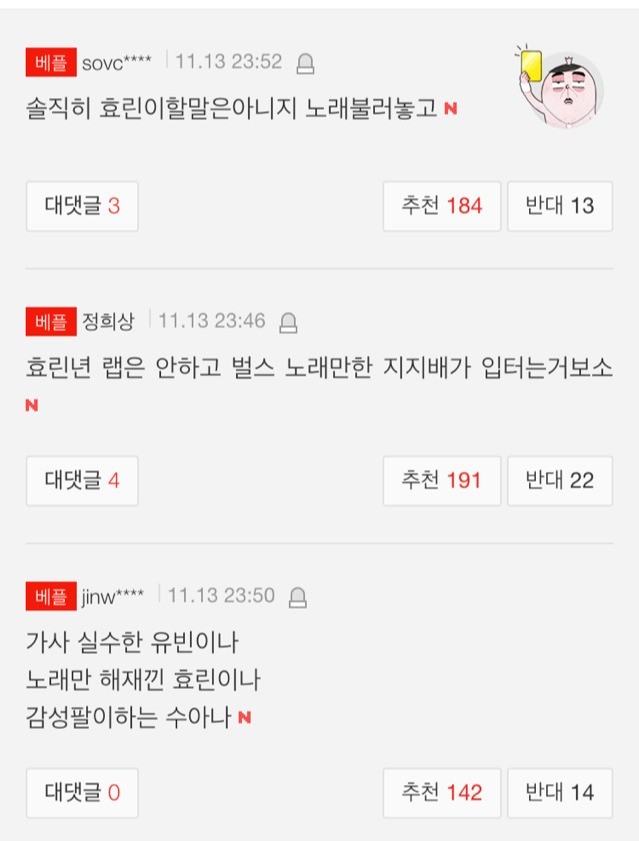