MAMAMOO held their second solo concert set 2017 Mamamoo Concert Moosical Curtain Call on March 3-5 to a completely sold out audience. The girls performed all of their hit songs including “Piano Man”, “Decalcomanie”, “You’re the Best” and other fan-favorites. 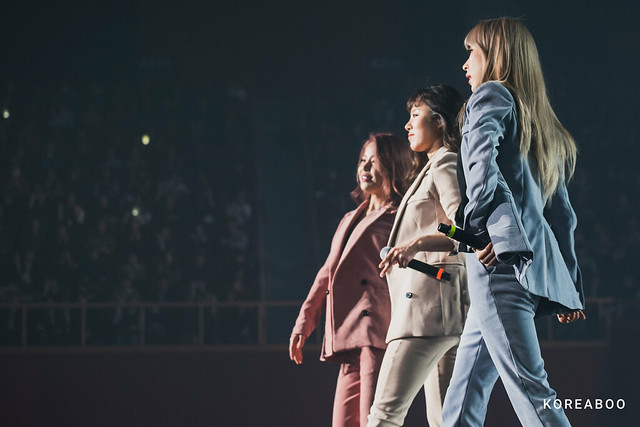 The girls also went on to perform some cover songs as well as individual hits and songs they’ve performed on various music shows in the past.

Some of the songs performed included their track from Immortal Song 2 such as “Backwoods” and “Love Story of a Girl”. With every song, the girls impressed the audience with unwavering voices and their signature harmonizations. 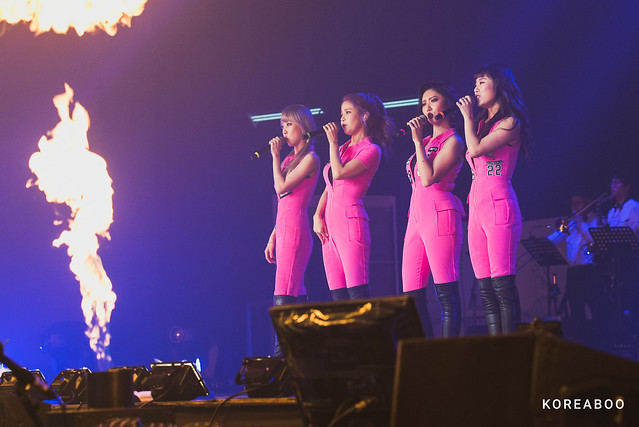 Solar performed R. Kelly‘s “I Believe I Can Fly” and Justin Timberlake‘s “Sexyback,” while Hwasa performed Rihanna‘s “Diamonds”, Bon Jovi‘s “You Give Love a Bad Name”, as well as her own solo song “My Heart”. 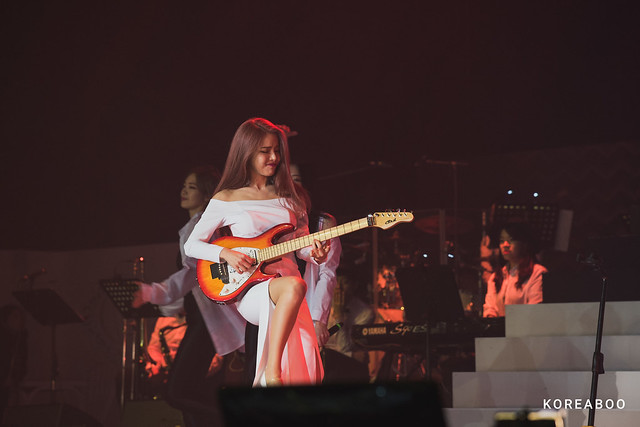 During the concert, the Mamamoo members began to cry as they thanked fans for their love and support since their debut. Fans presented the girls with a special video that they created, causing the girls to break into tears. Moonbyul went on to thank fans and talked about overcoming hardships and how fans helped the group through tough times.

In a rare moment of total raw emotion and vulnerability, Moonbyul spoke directly to her fans with tears in her eyes. 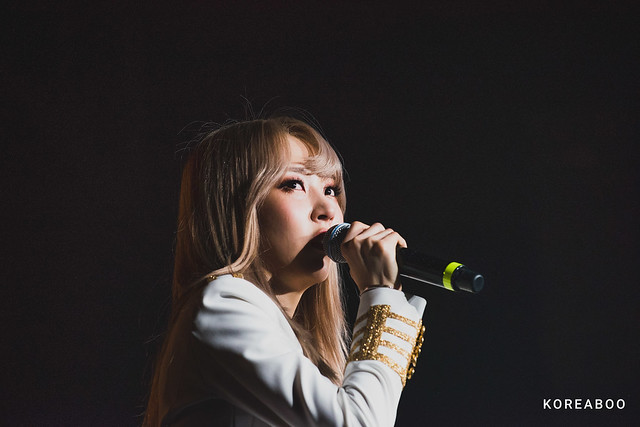 “Honestly, there has been so many difficult times [since we started]. Even though we have struggled so much, we have so much strength because of all the people who support us. When I see the crowd, when I see people supporting us online… I honestly ask myself if I deserve all this love… I don’t know, I just feel like I have to step back because it’s scary.

It’s scary to see the amount of love and support we receive. Singing the chorus with MooMoos and watching MooMoo’s support messages makes me realize what a good life I’m living, even though I [am still young]. Whether it’s good or bad, because we have MooMoo’s who encourage and cheer us on, we gain strength every day and are able to continue singing. We’ve faced hardships and it was hard but we’ve grown a lot through those hardships and through the continued support from our MooMoos.” 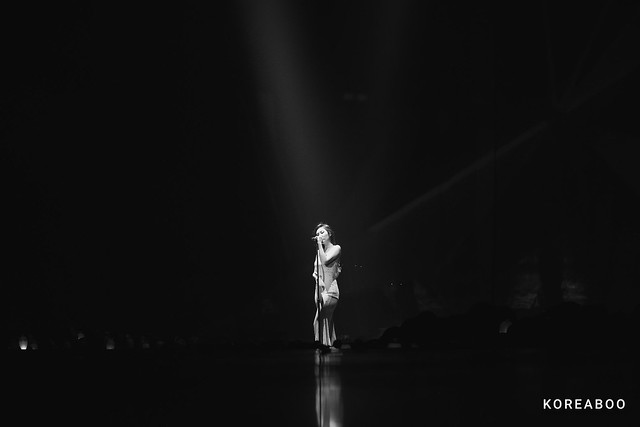 The other members also thanked their fans and discussed some of the hardships they’ve faced. Hwasa opened up to fans as well, sharing how thankful she was to be able to sing as a career when it’s all she’s ever wanted to do.

“I feel so relieved that we have completed [our concert] safely. I want to say thank you to my member sand parents. Ever since I was young, other than singing, I’ve known nothing else. I’m so grateful that I’m able to sing. Thank you.” 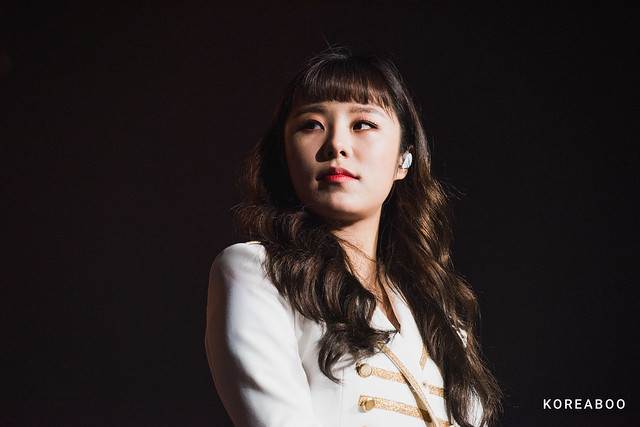 Wheein thanked fans for always supporting Mamamoo, sharing that the girls would continue to make music to share with MooMoos. She talked about how much the video messages from fans meant to her and how she would never stop making music for Mamamoo’s fans.

“It’s the last day of our concert.. you’re all going to make me cry [with these videos]. My heart is already crying.. I want to thank everyone who has helped and supported us for this encore concert. The things we can give (should I say the things we can give you as presents?) are nothing but our music, right?

Honestly, the reason to continue [singing] for a long time is not for ourselves, the reason should be the love our music receives [from fans]. Because everyone accepts our gift [of music] so gratefully, I want to thank you. In the future, to become a Mamamoo who gives you presents that you will cherish, we will continue to work hard.”

Solar wrapped up the messages by thanking all those who worked with the girls on the concert and how she hopes to see everyone again at their concerts. It seems that while she had a feeling something was going to happen, she still appreciated the video message from fans the same! 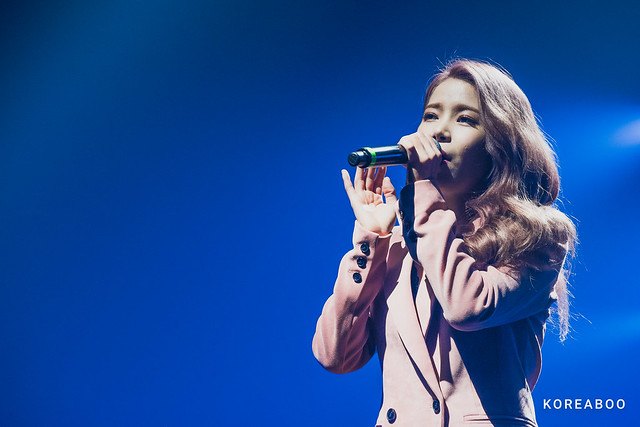 Solar’s heartfelt message was enough to make even some fans tear up, with the girls really showing how appreciative they were of MooMoos.

“Thank you so everyone who came [to the concerts] until the last day. I actually thought something would happen today. Even though I had a feeling, I feel just as touched. Even though I know [the fans feelings], I still feel so emotional. Just as [what the other members said], I hope you will continue to support Mamamoo. We didn’t accomplish [this concert] by ourselves, but only with the help of all the people with us.

The sound, lighting, stage team as well as our band members, dancers, security team, camera team and all our teachers and staff who made us look so pretty. So many people have helped prepare Moosical. While today is the last day of our 3-day encore concert, it’s just the beginning of Mamamoo’s concerts. I hope I can continue to meet all the fans who came today. Thank you to all those who came from so far away, today and in the future. Thank you for coming to our concert. I will not forget this!” 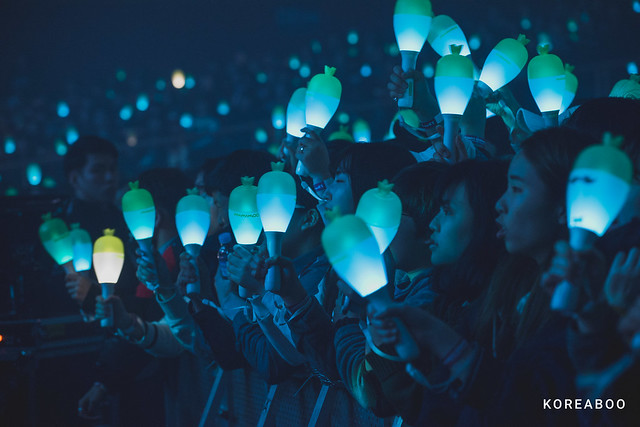 Since MAMAMOO’s debut in 2014, the girls have become one of the greatest success stories out of K-Pop in recent years. In an industry filled with more traditional girl-groups and boy-groups, MAMAMOO has shot to stardom in just a short 2 years.

Check out more of Koreaboo’s exclusive photos from MAMAMOO’s concert below! 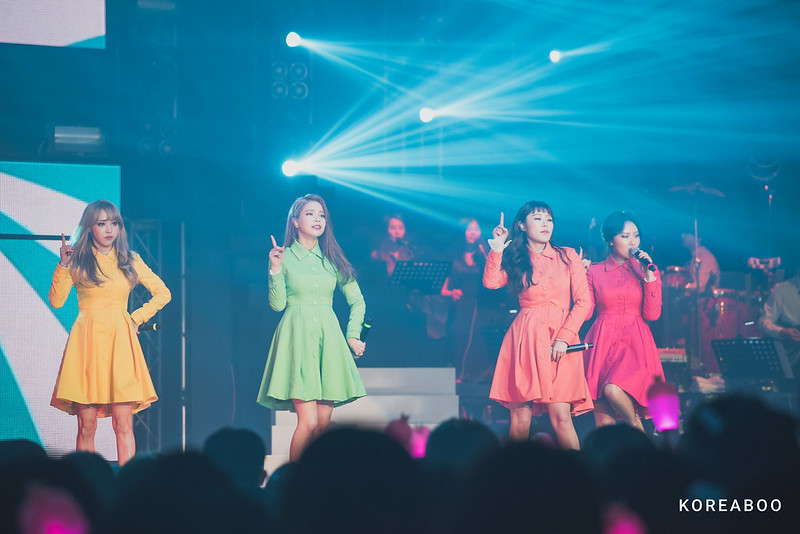