Fans and netizens alike have expressed their thoughts as news of Taeyang and actress Min Hyorin’s relationship broke headlines.

On June 2nd, speculations on the real status between Taeyang and Min Hyorin resurfaced after it was confirmed by a number of industry officials and friends. It was soon followed by photos released by news agency Star In as they provided evidence of the couple’s public outings, which revealed Taeyang’s affectionate nature.

JYP Entertainment and YG Entertainment initially made comments regarding the private matter before officially confirming it to the public. Yang Hyun Suk, himself, congratulated Taeyang on the news as he personally released the official statement.

As the news broke, the new couple was one of the most search topics on Nate, while fans managed to put Min Hyorin on Twitter’s trending topics, as they topic about her relationship with the BIGBANG member. 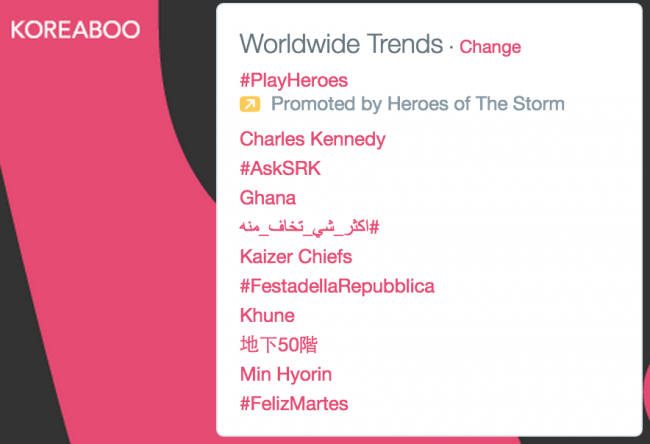 Furthermore, fans have praised each other online for the positive response on the two’s relationship as they bombarded Hyorin’s personal SNS accounts with encouraging comments. 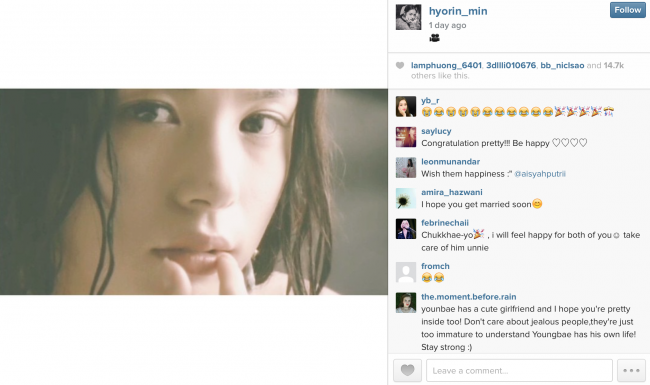 Some netizens however expressed their shock and confusion over the sudden admission. The comments are as follows: