Since her departure from popular girl group f(x), Sulli has become infamous for her provocative SNS updates.

And while she’s quit Instagram altogether, presumably because of all the negative comments she’s received from anti-fans, she’s now become quite active on Chinese social media outlet Weibo, where she continues to update fans with selcas and other photos.

But while Sulli received a lot of negative attention from fans in the past for her provocative photos, fans claim that her newest bikini photos are the most daring yet. Showing much cleavage through her bright yellow bikini top, fans were shocked to see how much skin she was baring on camera. 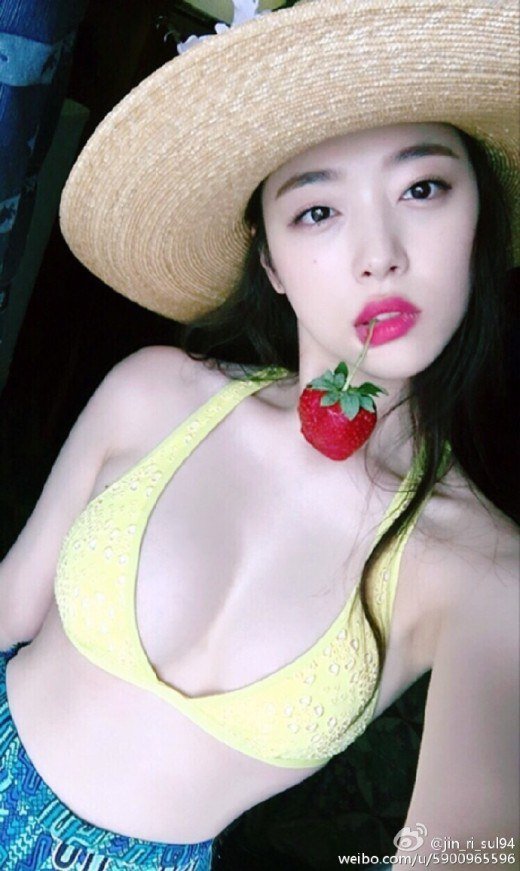 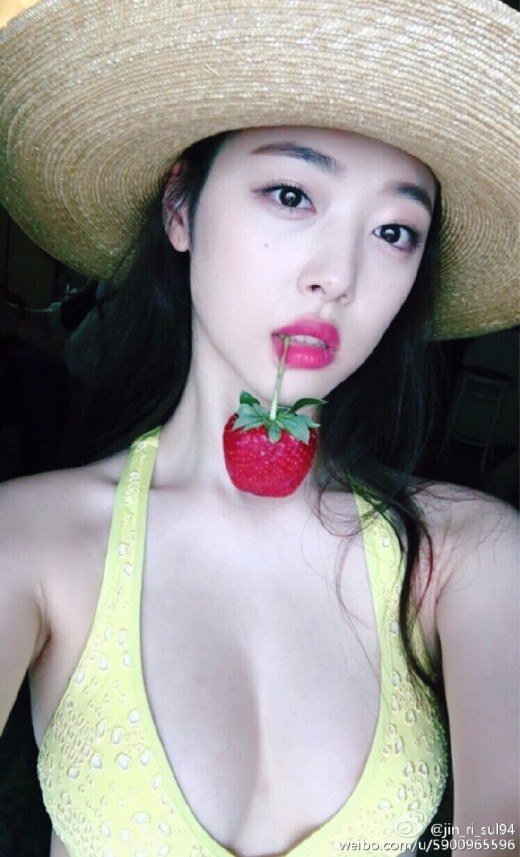