Having debuted all the way back in 2008, male group 2PM is definitely one of the top veteran groups in the industry.

In fact, with so many amazing songs and performances under their belt, some of their most popular hits have even been referred to as classics recently. However, when Korean search portal Naver titled a video compilation featuring 2PM’s Taecyeon “Relic Zone,” Taecyeon couldn’t help but feel a little sensitive about his age. In response to the post, Taecyeon took a screen shot of the title and posted it on Twitter with the caption, “I know it’s been a long time Naver nim, but…relic…” causing his fans and followers to laugh at his frustration. 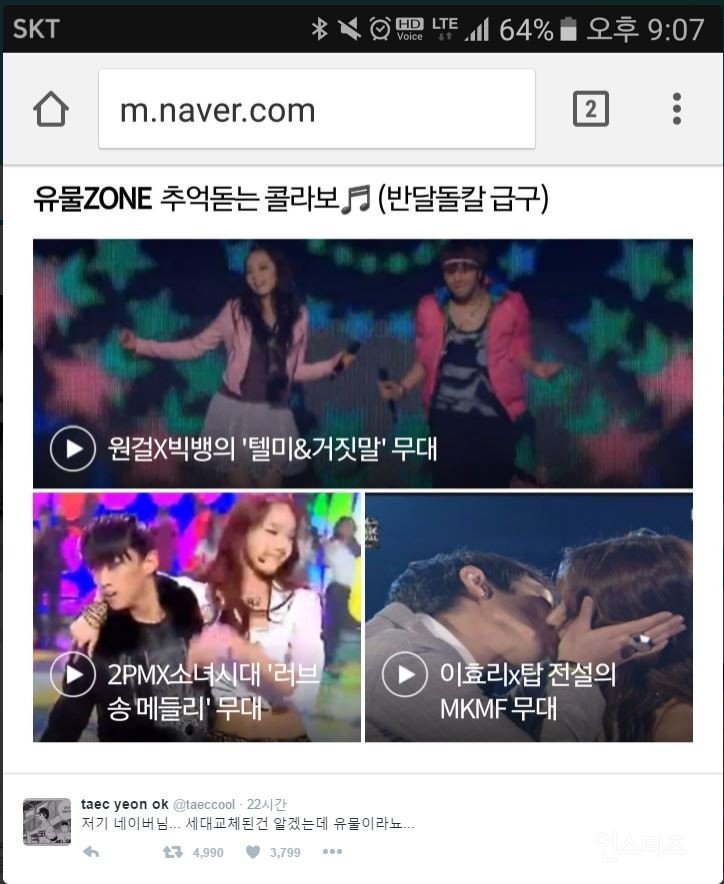 Check out the full video of the performance from the video compilation featuring 2PM and Girls’ Generation below: