The contract period between FNC Entertainment and their idol groups have been unveiled.

In the chart given below, the original contract date is given along with the first date of renewal and the most recent contract’s expiration month.

FTISLAND and CNBLUE are the only ones who have renewed with FNC thus far with AOA, Juniel, and N.Flying’s 1st contract still ongoing until May 2019, January 2016, and August 2021.

This also brings to light that Juniel’s contract with FNC will be ending in two months despite her contract starting in 2008 but only having debuted in 2011, bringing up the question as to whether she will be renewing or moving on to another agency. 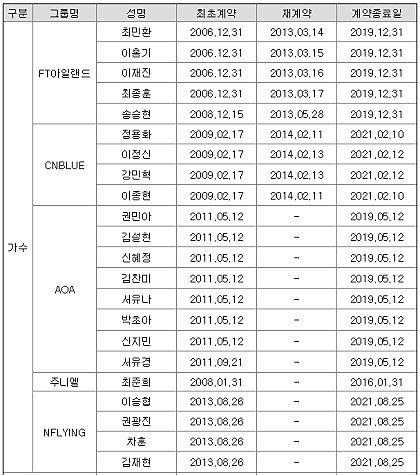 Translated by Koreaboo below: 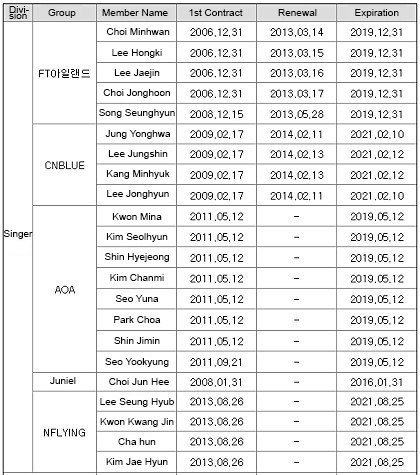