PSY held his annual All Night Stand concert on December 24th at the Olympic Park Gymnastics Stadium in Seoul where he not only performed his solo hits but revealed his chosen parody performance.

Every year, PSY chooses a girl group or artist to parody with last year being 4Minute‘s Hyuna with “Red” and in 2013 he transformed into Wonder Girls‘ Sunmi with her song “24 Hours.”

For 2015, the worldwide hitmaker transformed into EXID with their viral track “Up & Down,” wearing black shorts and a yellow jacket, accompanied by matching cones on his chest. With the music video playing on the screen in the background, PSY delivers a hilarious performance that only he can deliver as he goes all out with the original choreography, hitting the body waves and provocative bedroom eyes with high accuracy.

Check out some of the photos and the video of the performance below: 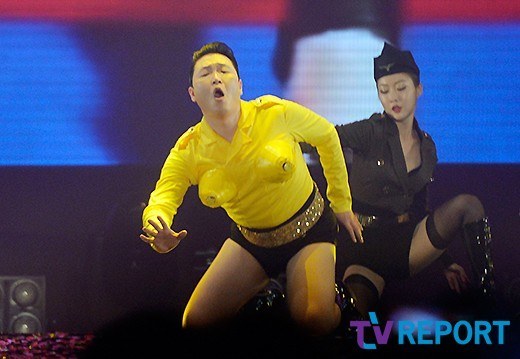 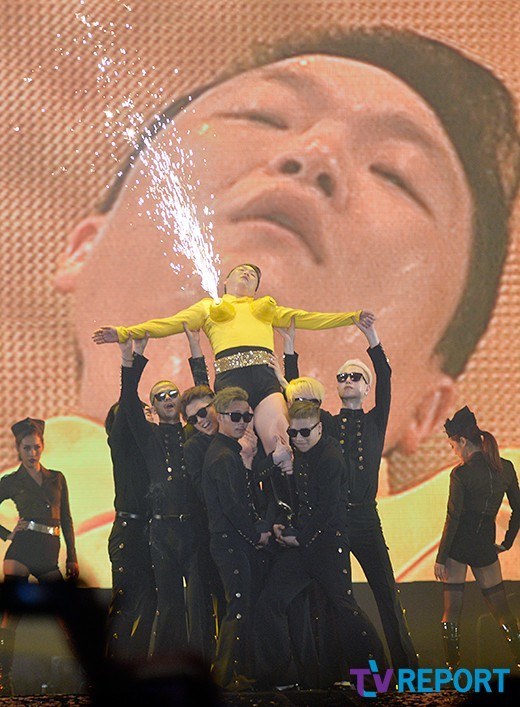 Source: My Daily and TV Report