An online community in support of Lee Jung Hee’s cause has released an apology and confirmed the closure of their website. The online community, which has more than thirty thousand members in support of Lee Jung Hee, has announced that they will be closing down the page. The said website was responsible for spreading the story about Lee Jung Hee and her two sons and provided details about the case against the father, family members and thirty unidentified persons.  After the online community contacted various media portals, the story went viral not only in South Korea but internationally through Koreaboo and other international news agency such as CNN.

According to Herald, after the airing of the recent episode of We Want To Know The Truth, the online community that support Lee Jung Hee’s case posted an official statement.

The administrators posted the statement on July 27th on their website titled “Our Official Statement Regarding the Case” and stated that, “We were all shocked after watching the episode of We Want To Know The Truth. There were too many instances on the program that conflicted with what Lee Jung Hee claimed in the case. All 8 of our admins are not directly connected to Lee Jung Hee but wanted to trust and help her cause after hearing her alleged stories.”

They continued to reveal that “We never questioned ourselves to think that what type of mother would front her own two sons for her own benefit. We bemoan this ridiculous situation that suddenly made us liars and cried wolves. We apologize to all of the netizens who have been confused this month. We also apologize to the police department, hospital officials and even the producers of SBS ‘We Want To Know The Truth’ for preventing them from doing their job. We will put a halt to receiving donations and will close down the cafe on July 31st.”

The online community has been raising money for Lee Jung Hee and her two sons and the lawyer fees for their case. 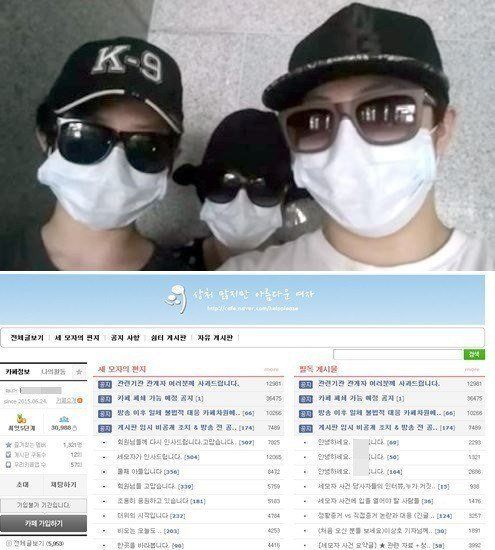 After airing of Korea’s program We Want To Know The Truth last Friday, many netizens and supporters showed their disbelief regarding Lee Jung Hee’s case.

[ +247 / -53] The fact that we netizens are furious about is not the fact that you all tried to help Lee Jung Hee. You all cussed at people who were suspecting due to lack of evidence~ You guys only wanted to see and hear things that you guys wanted to see and hear…. If anyone wasn’t fully supporting your guys’ cause, you all related them with the government, media, broadcasting station and even claims that they were working for Mr. Huh (former husband)…. We are mad at the fact that you all just pointed fingers and said ridiculous things. You all screamed for fair investigation… when you guys were the most unfair of all…. You guys claimed to fight for justice…. And kept saying it was only for justice…. You can’t end this apology just through a writing on a post. Go bow down 3,000 times at Gwanghamoon or bow for forgiveness…. Apologies are apologies… but I believe that these people also need to be punished by the law. They are also accomplices of Lee Jung Hee.

[ +180 / -21] You guys just spread the news not only to Korea but internationally without any solid proof but words of someone who needs mental help. What proof did you guys act on until now? This became an issue amongst international fans and reporters after seeing translated articles. I bet you guys masturbated in happiness after the issue became viral and thought you guys were enhancing national prestige or something? But what now? The case was revealed to be a scam and all you guys are saying you guys will just close the online cafe that started all this? What all of you have to do is come together once again and apologize openly for the misunderstanding and havoc you all have caused and take care of all the issues that you all have caused even internationally. Like you guys have done before, spread your apologies and the details of this scam to international readers as well. Like the feel-good justice emotions you felt before by spreading this issue, do the same thing by sending out the truth and your apologies! Don’t just say ‘I don’t know~’ to South Korea and it’s people who have been humiliated by your actions. Please apologize correctly and take care of the mess internationally.

[ +134 / -15] Where did all the people insulting and cussing at people who had a little of suspicion and asked ‘is this for real?’ hahahahaahaha

Read the synopsis of the episode here: Synopsis of We Want To Know The Truth: Lee Jung Hee’s case.