In light of his most recent single release, Boys and Girls, fans have praised Zico after they found lyrics written by the artist directed at haters.

On November 3rd, Zico released his new single which included three tracks including “Day” featuring Jtong, the leading track “Boys and Girls” featuring Babylon, and “Tell Me Yes or No” featuring Penomeco and The Quiett.

A netizen on Instiz pointed out a specific part in the lyrics “Day” in which Zico defends his fans from haters.

“Rise of the legend
I warned you, if you make fun of my fans and
call them names, I’ll kill you.”

In the same song, mention of iKON‘s Bobby was spotted and read: 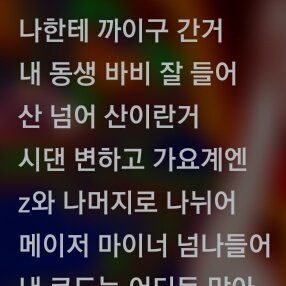 “My dongsaeng Bobby, listen well,
there’s a mountain over a mountain
The generation has changed and the music world has
divided z and the others
In and out, minor and major,
my code can go anywhere.”

In a preview interview, Bobby had mentioned that the first mountain he is trying to overcome is Block B’s Zico. In response, Zico revealed he was thankful for his acknowledgement and that there is another mountain after himself.