Yuna, who is known her sexy body line and slim figure, spills in on her diet and exercise secrets!

AOA‘s Yuna was recently featured in the March issue of the fashion magazine, CéCi. In an interview that followed after the photoshoot, Yuna revealed her personal know-how to handling her body.

Yuna explained how she always tend to eat fruits and vegetables and control portions right before album promotions. These days, Yuna says she is currently obsessed with tea made from orange peels and chrysanthemum tea leaves. She said that she drinks the tea instead of water and greatly praised the tea as it “satiated and hydrated my body without filling me up too much.”

When it came to how she stays fit, Yuna chose pilates as her choice of exercise. She revealed that pilates has helped her muscles become more firm and have more volume to them as well.

In the photoshoot, Yuna was able to show off the impressive results from her dieting and exercising techniques with her sexy body shape. 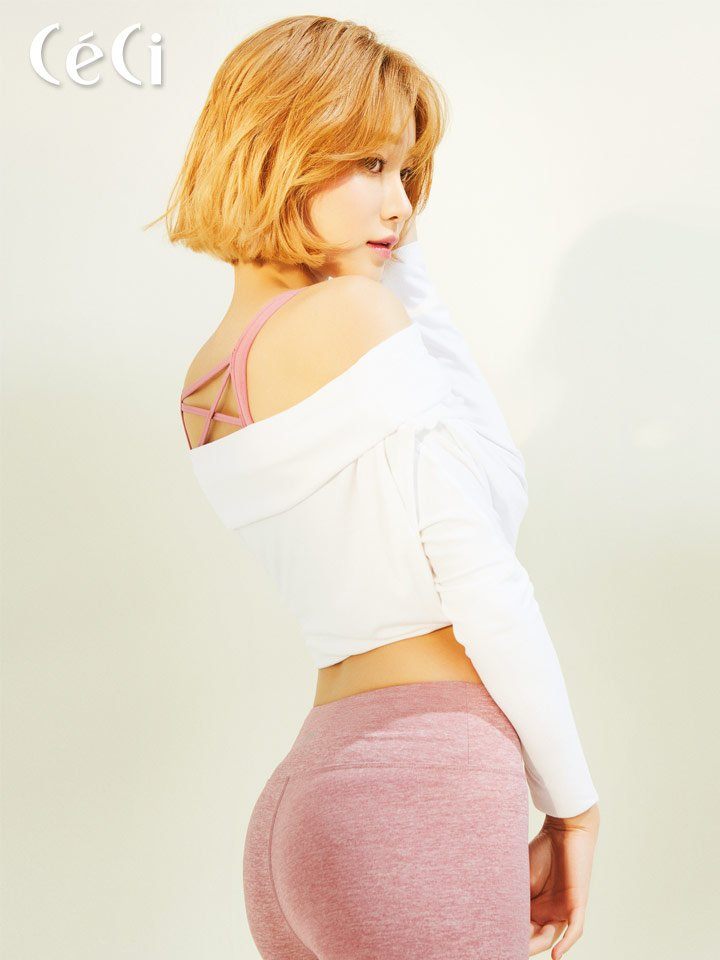 Besides Yuna, her fellow member, Seolhyun has also recently revealed her own tips on maintaining her figure.