Another beauty has caught the attention of the public once again after she was briefly shown on television during a recent broadcast of a baseball game in South Korea.

Though her identity has not been unveiled, the young woman captured the eyes of viewers with her beauty. Smiling as she waved and clapped her noise sticks, the baseball fan doesn’t seem to be aware of the camera on her as she looked on at the ongoing game. Next to her, her friend is waving their shirt showing their support towards baseball player Seo Geon Chang, #14 of the Nexen Heroes.

Just days ago, another beauty was spotted at a baseball game, a woman known as the “bat girl.” 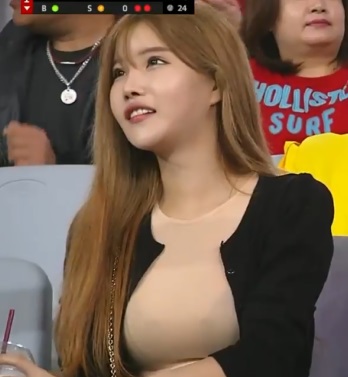