Fans have expressed mixed reactions when Drake started following Yang Hyun Suk, where some are very confused as to why Drake would follow the founder of a company rather than its artists, while others are anticipating a collaboration between a YG artist and the Canadian rapper. 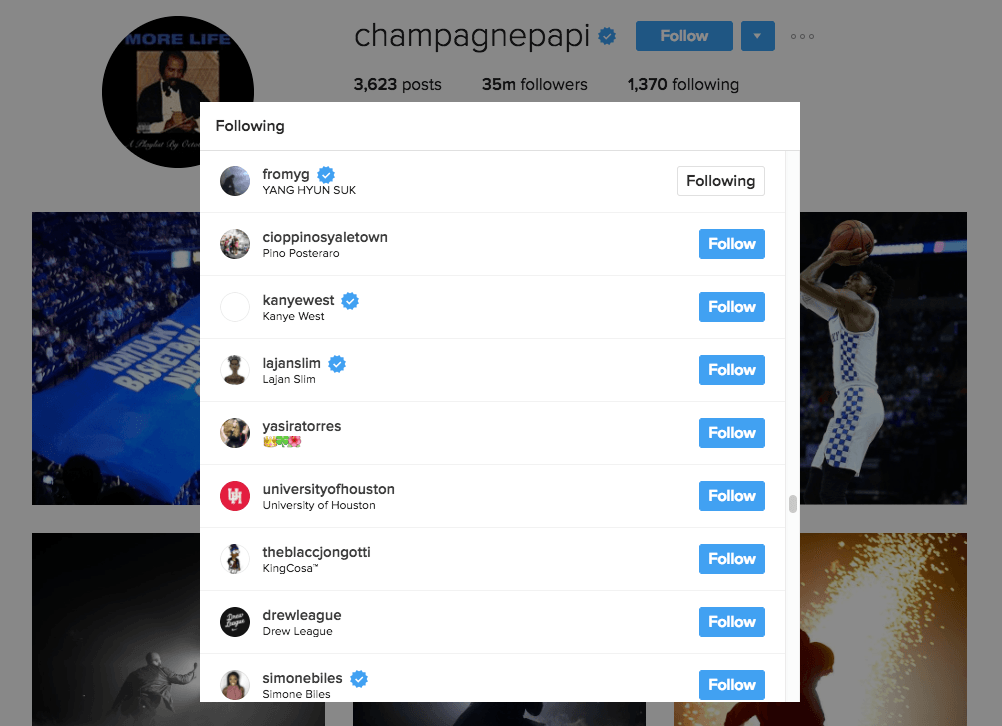 In September of last year, the two had even met while Yang Hyun Suk was in the United States, and at the time, many speculated he had met with Young Money Entertainment and their artists to promote CL’s debut in America. However, his Instagram post lacked any explanation besides four hashtags that only complimented how great it was for him to meet Drake.

While it is unclear when and why Drake started following Yang Hyun Suk, many are excited to see a collaboration between artists from their respective agencies could be a possibility.