On the January 8 episode of SBS‘s K-Pop Star, Yoo Heeyeol explained and analyzed exactly what made being part of an idol group challenging.

In this particular episode, participants Go Ara and Lee Doyoon performed their own rendition of Taeyang‘s “Where U At” on stage as a duet, but received some negative feedback.

Yoo Heeyeol, one of the judges, explained the reasoning behind all this negative feedback to console the two participants who were disappointed in the results. 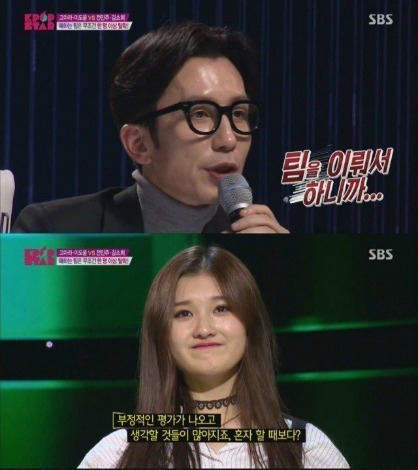 “When you were performing as solos on stage, you heard a lot of positive feedback, such as ‘She’s such a great singer,’ or ‘She has so much potential,’ but now that you’re working as a team, you’ve probably noticed you’ve been receiving more negative feedback, and I bet you’ve realized you have a lot more to think about, right?”

Upon hearing the introduction to Yoo Heeyeol’s constructive criticism, Go Ara became teary-eyed, almost as if his comment had pinpointed exactly what she was most concerned about.

He then proceeded to explained the downsides of performing as a group by comparing it to soccer players: 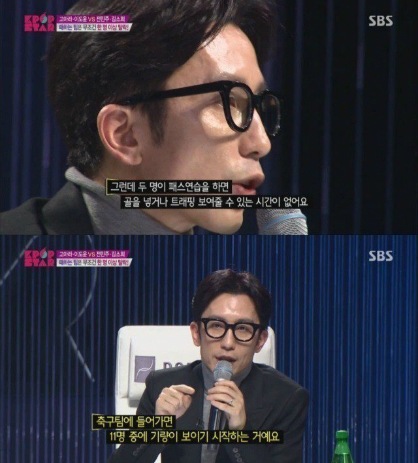 “If we were to compare it with soccer players: when an individual soccer player is playing around with the ball and is able to do tricks like ball trapping, or practicing his shoots, everyone immediately reacts with ‘Wow! He’s so good at it!’ But if the soccer player is practicing passes with another player, there’s no time for that individual player to show off his trapping or shooting skills. But then, if he enters a soccer team, out of the 11 athletes, his individual skill starts shining.”

He then explained how his view of idol groups changed upon seeing their performance, in that he realized it is a lot more difficult to perform in a group than he initially thought: 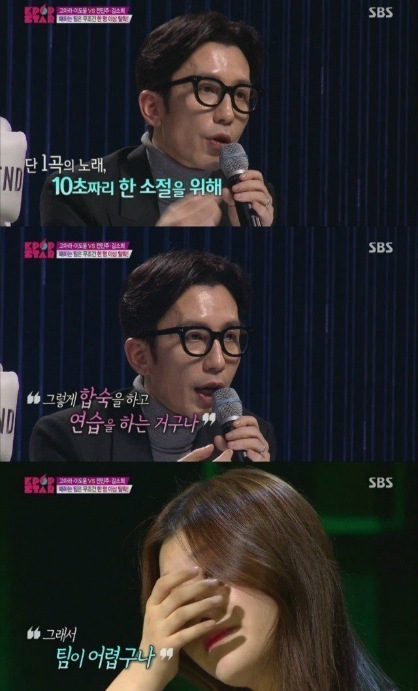 “I thought it would be so much easier for idols because they worked as a team, but I just realized that is not the case. That’s why they practice and train for so many years, so that each individual member can shine in that ONE song, and for only a TEN second part.”

We applaud you, idols, for all the hard work and training you have put in for our enjoyment!