Before Irene debuted, she uploaded some selfies on an online cafe and received multiple comments.

They all praised her beautiful visuals, and she made sure to reply to all of them!

One person said she looked a lot like Bae Seul Gi, to which Irene gave a very humble answer. 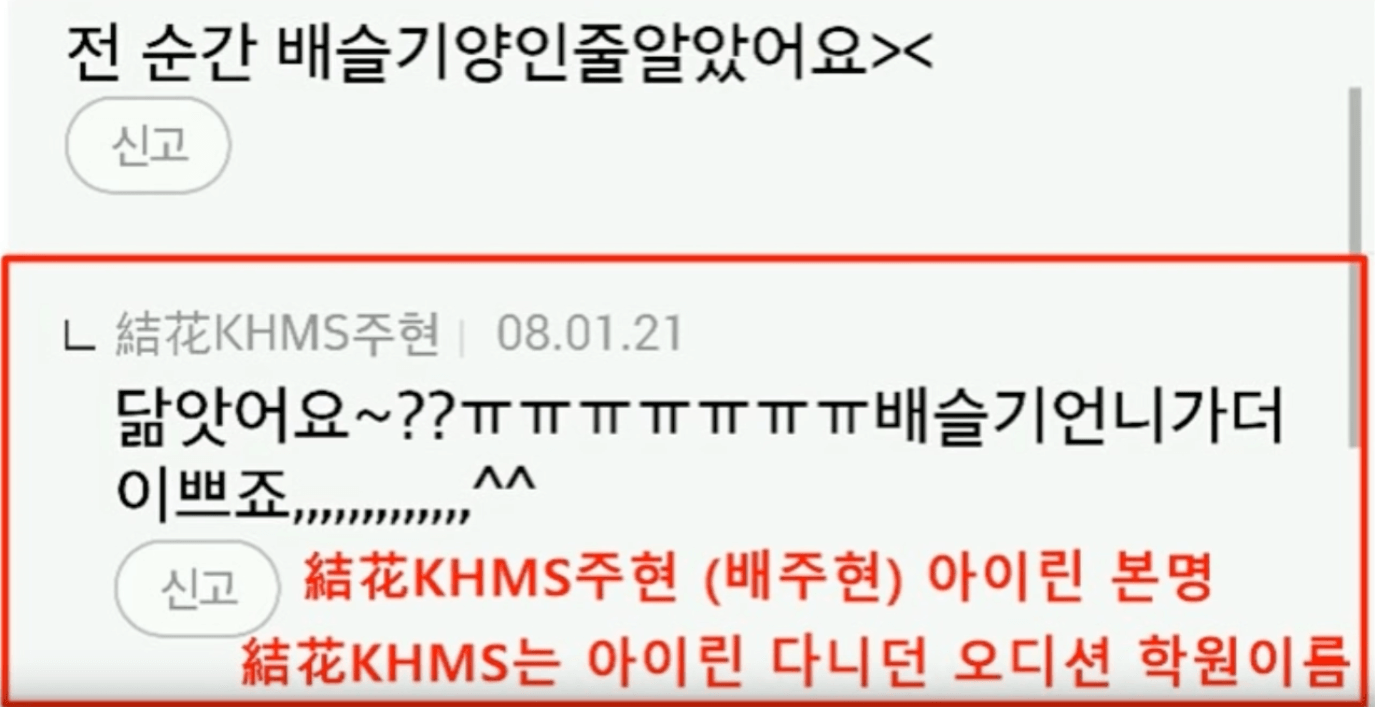 Others were amazed at her beauty and thought she was already a celebrity.

Netizen: Wow…….. You’re so pretty ,,!! I seriously thought it was a photo of a celebrity,,,,
Irene: No wayㅠㅠㅠㅠㅠㅠㅠㅠㅠㅠ Your compliment is too niceㅜㅜㅜㅜㅜㅜㅜ 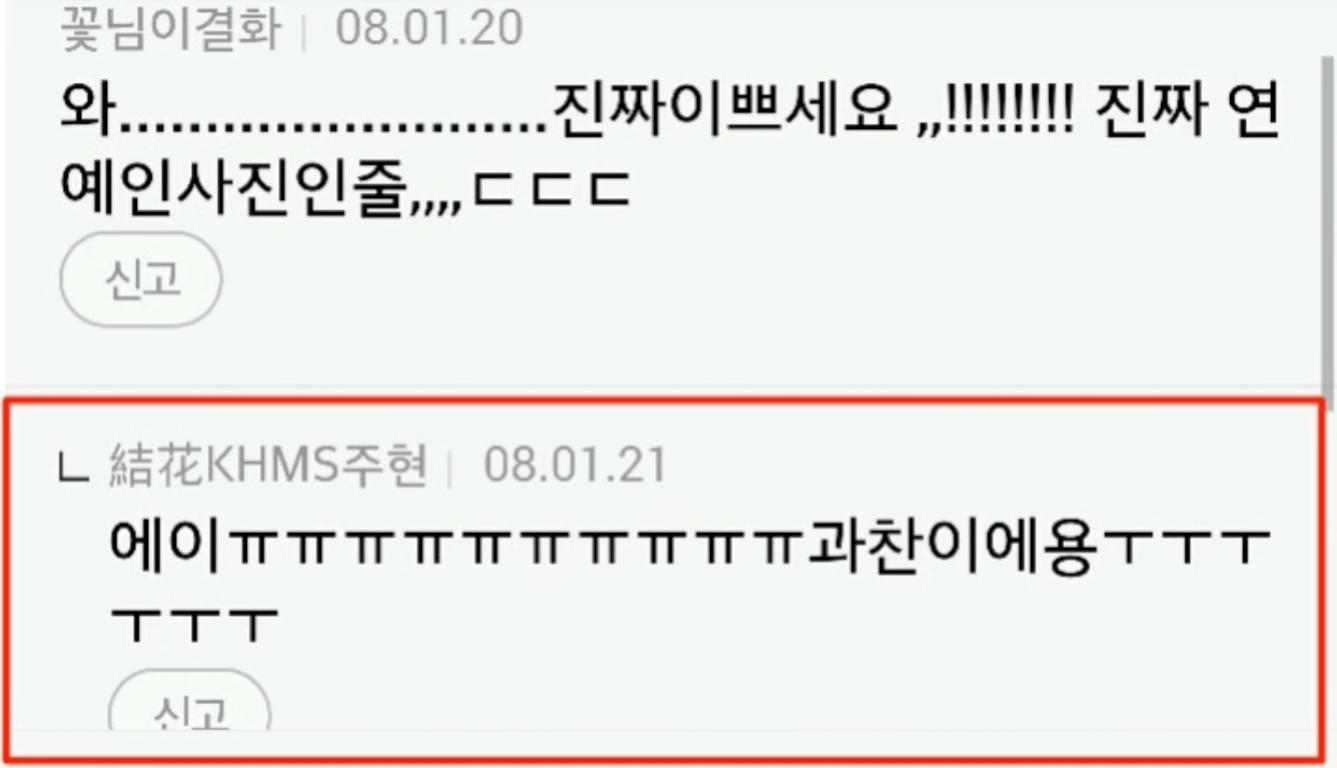 When fans found her replies, they couldn’t help but gush over how sweet and kind she was.

Even when someone accused her of Photoshopping her face too much, Irene laughed it off and still said thank you.

Netizen: Your Photoshop is on point ^o^ You look like a doll and you’re so pretty >< I’m envious Joohyun onniㅋㅋㅋㅋㅋㅋㅋㅋ I really hope you succeed as a singer*^^* You said you didn’t do Photoshop but it’s really obvious you did^*^ I’m not your anti but I really love you onni
Irene: I see………………Thank youㅎㅎ 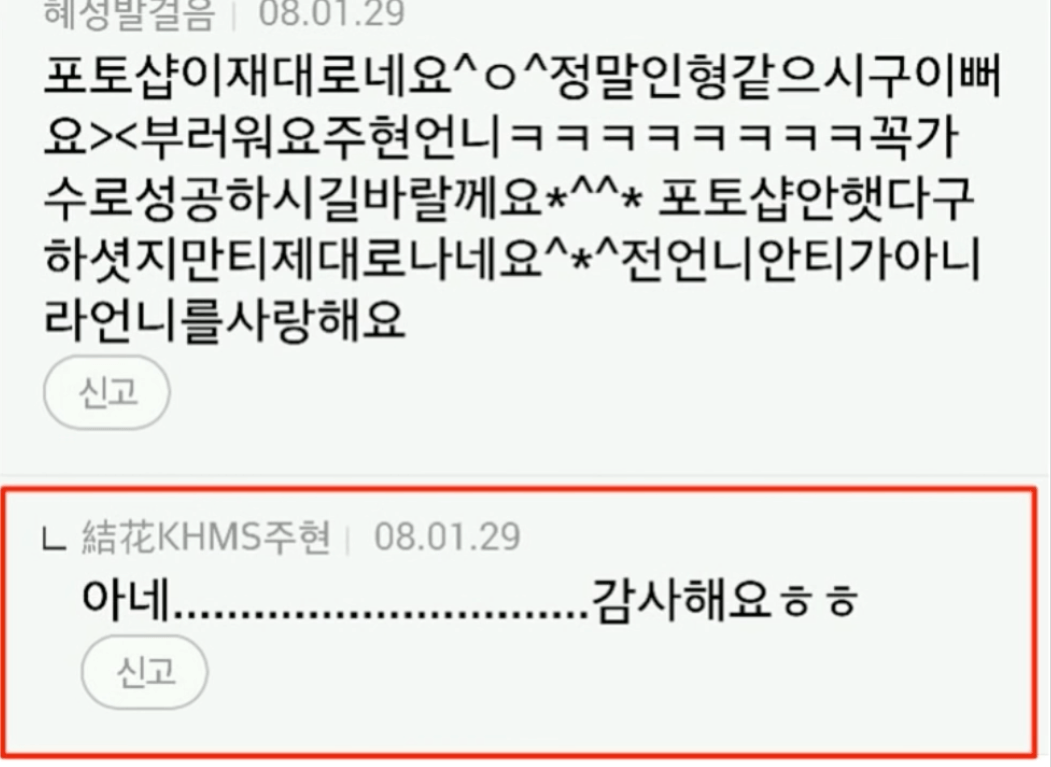 It seems that Irene truly is an angel, both inside and out! 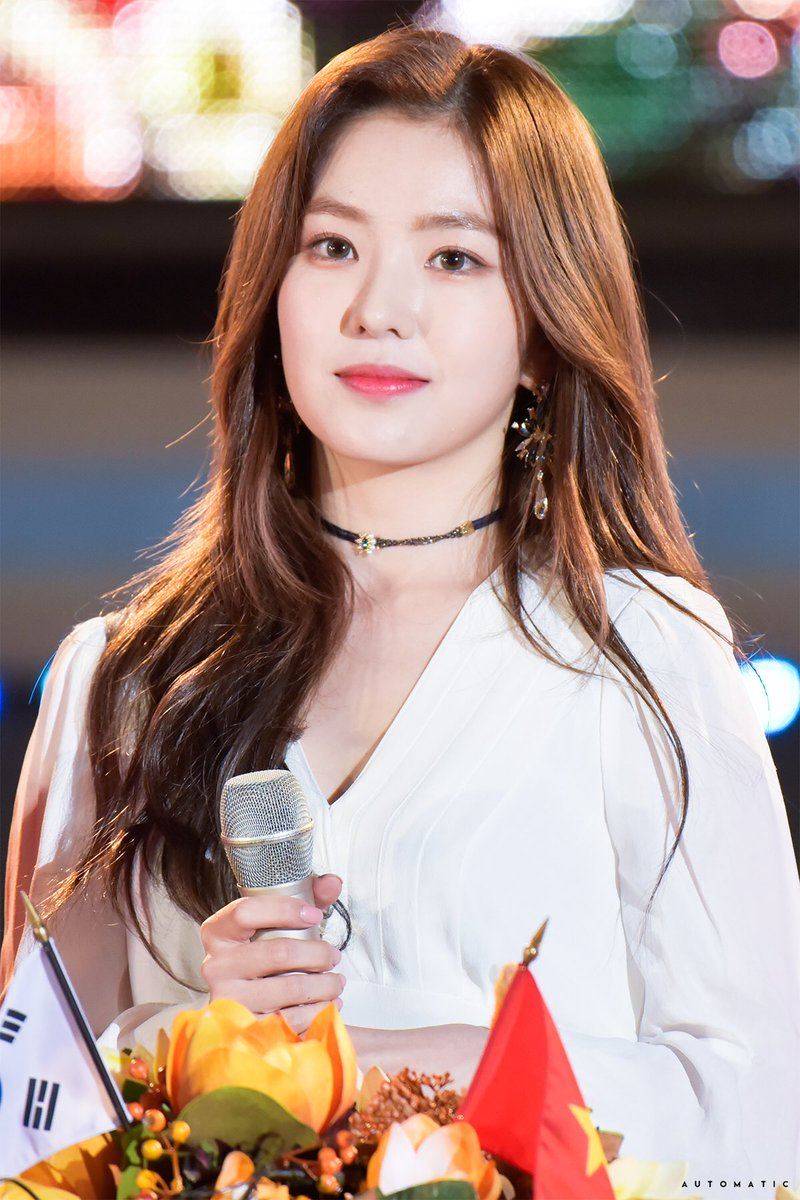