A recent post revealing gender and age ratio among concert attendees on Instiz has been garnering many attention online.The post revealed the age and gender ratios of several popular K-Pop groups who have had  successful concerts. The data was collected from the most used concert ticketing sites in Korea, YES 24 and Interpark. 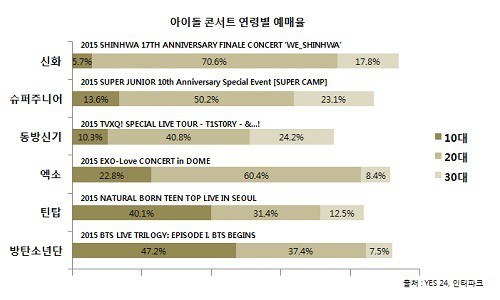 From top to bottom: Shinhwa, Super Junior, TVXQ, EXO, TEEN TOP, BTS
From shades of dark to light each represents people in their teens, twenties to 30s 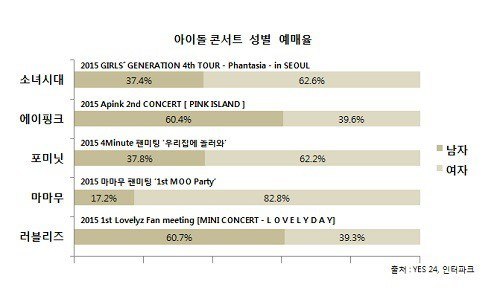