Having common interests with your siblings is a good way to build a strong relationship with them.

However, one netizen recently revealed that being a K-pop fan is actually tearing her family apart. She explained that while she is an EXO-L (fan of SM Entertainment group EXO), her older sister and younger sister are fans of BIGBANG and BTS, respectively. And while the three can bond over being a K-pop fan, she revealed that whenever there’s a conflict between any of the fandoms, a war starts at home. Because of this, life at home has been quite hard for the netizen. 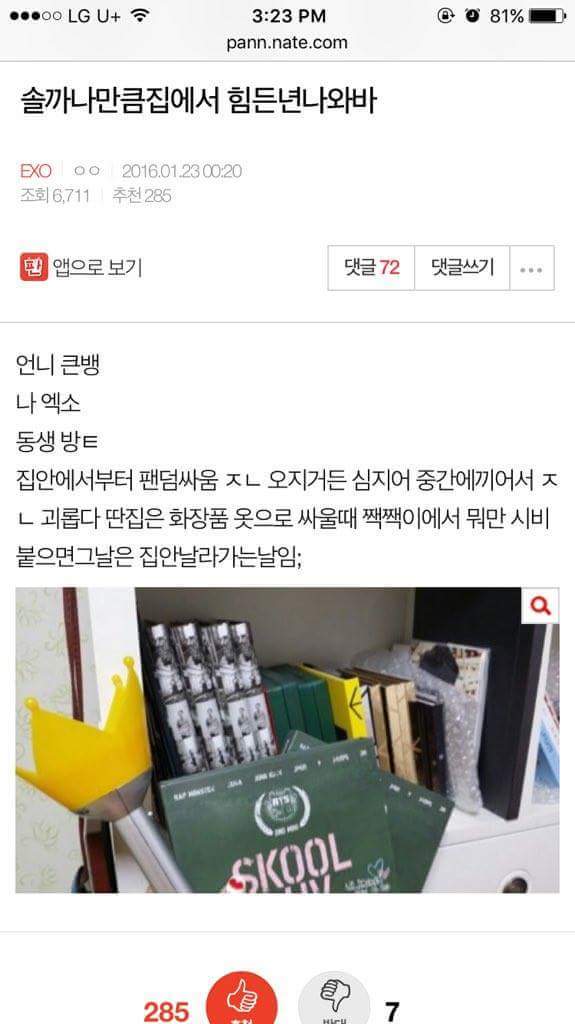