Actors Yoon Seungah and Kim Muyeol are engaged to marry on April 4 this year! They will featured on ELLE BRIDE as the “April marriage.”

Seungah showed her unique fashion sense by matching a mini laced dress with sneakers, displaying her beauty and body. As she hugged her tuxedo-wearing groom, Muyeol, she said, “I want to live my whole life filled with love. Even though you are my man and husband, whenever I see you I still flutter,” showing her deep affection towards the groom.

The couple gazed lovingly at each other throughout the shoot.  They have been together for 3 years and met many obstacles along the way.  Myoeyol commented on his feelings towards the bride, “I think my feelings of wanting to be together were very strong when I spent two years in mandatory military service, which I desperately wanted to be discharged from earlier.  Because she had waited for me for so long, I want to give her endless amounts of happiness.” 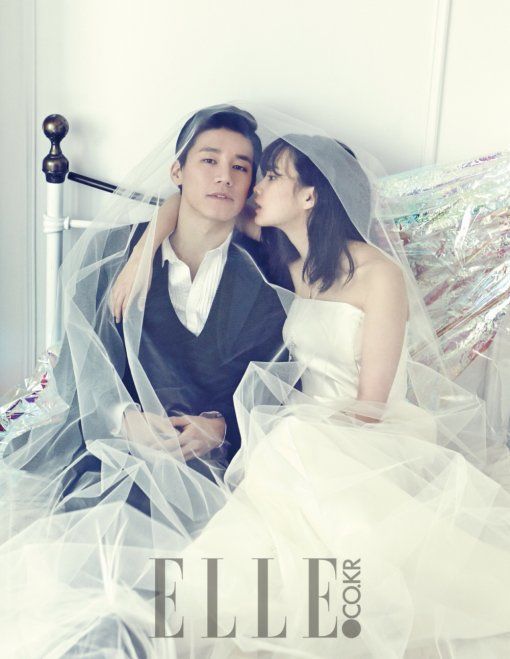 When the to-be newlyweds were questioned about plans for children, they said, “I want to be able to spend lots of time with my children and do things like riding a bicycle near Han River, camping, etc. I also want to share the experience of being healed lots of times through raising animals with my children.”

The two are preparing for a house wedding and their dedication and commitment is felt as they choose wedding invitations to table cloth.  At the same time, the two have even declined to release their respective films in order to be able to focus on their marriage as well as their careers after the marriage, which is typical of a dual-income couple in Korea.

Seungah and Muyeol will be tying the knot next month in private in Seoul suburbs. Don’t the two look so cute together? Wishing them all the best! 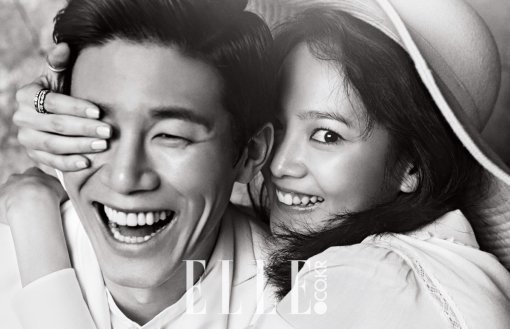