“Woah look at BTS members ignore the senior artist in front of him and just go ahead on their discussion hahahaha He said that they just saw him and passed him too… hahahahaha Isn’t this truly a rude behavior by them.. haha?” 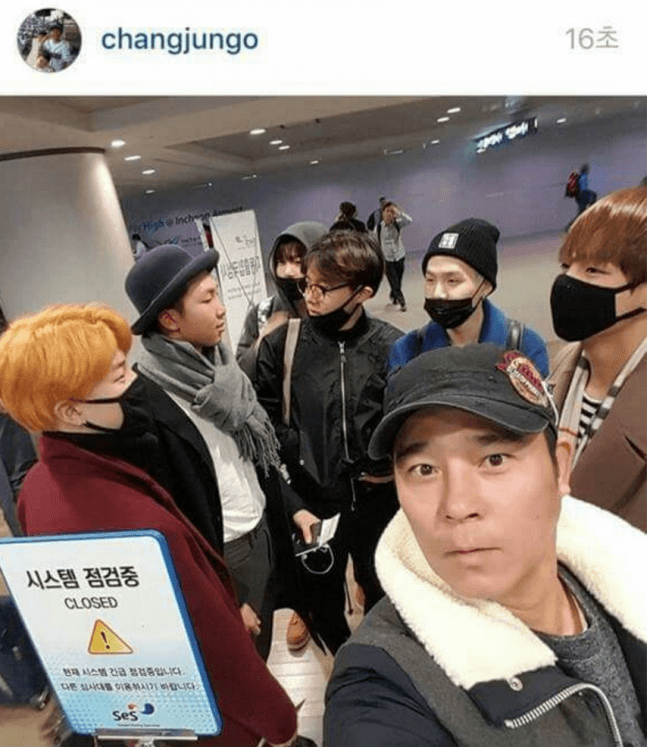 “Since it was a little loud in the airport~ I turned around and saw famous idol group BTS~ They took a photo with me kindly~!^^ I took a photo of them~!!^^ Kindly~!! Hahaha I think Vietnam airport almost collapsed due to their fame~!! Their popularity is awesome~!! Really handsome~!! But there was this lady in front of me that kept looking at me~!! I gave her a eye sight that I would take a photo with her if she asked~… but she just left~….”

[ +109 / -1] He means that the lady left and not BTS. Are you not able to comprehend hahahahahaha

[ +106 / -5] I can see that he or she can’t even read hahahahaahahahaahahaha Look at Taehyung’s awkward facial expression, it is a shot that is set up.

[ +47 / 0] Why didn’t you post this photo too from Lim Chang Jung’s Instagram? If you scrolled down a little bit you would have seen this photo that was posted before that one. Your saying that they ignored their senior artist? Your trying way too hard to criticize our bangtan boys.