A recent segment of a broadcast featuring AOA members Hyejeong and Choa has been gaining a lot of attention lately.

Although the clip just looks like the a boring scene with the two FNC Entertainment singers on their phones at first, fans quickly noticed something strange. After further inspection, fans realized that with Choa’s top being so loose, her chest was totally visible from the side as she lay down on the bed. With the realization of the wardrobe malfunction, the clip has gone viral online, with many fans wondering why that scene was not cut from the episode. 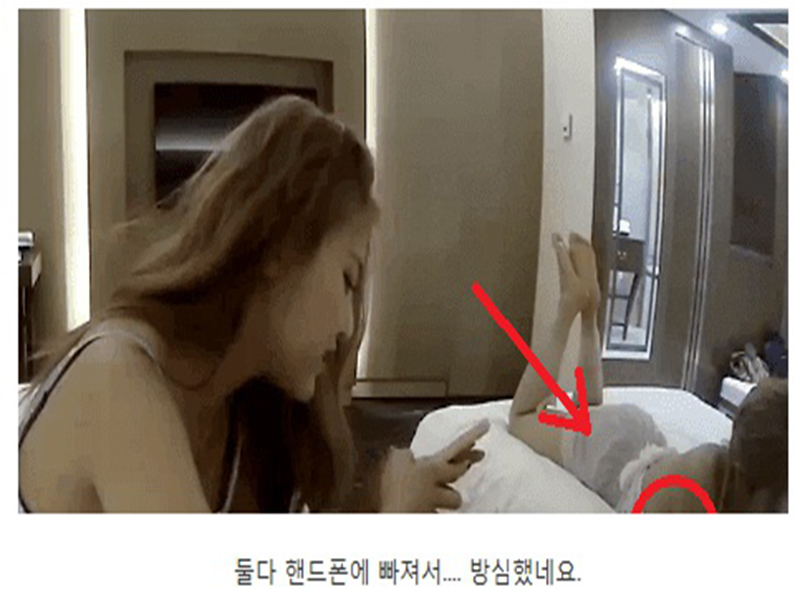