On the episode of “YaMan TV” aired on Mnet, BTS who recently released their comeback teaser through Naver V App, revealed girl groups that they wished to get close to. 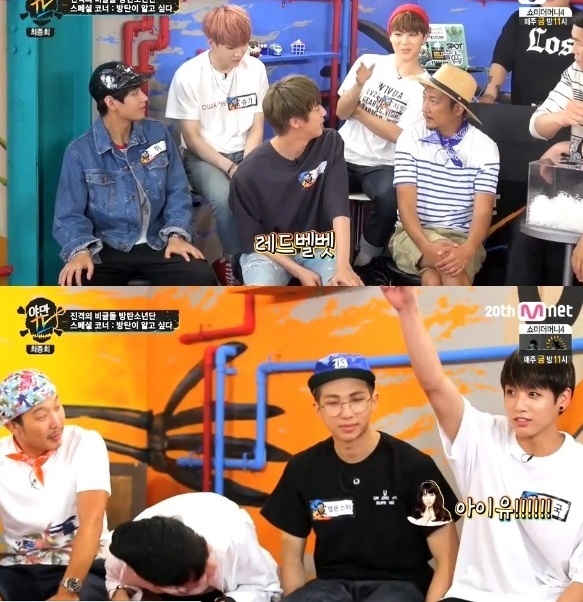 During the show, BTS mentioned that they have no contacts with female idols and said, “We don’t have a single girl group member’s number.”

Rapmonster added, “I think it’s because out of the 7 of us not a single one of us ever stayed in another agency. I think they feel uncomfortable approaching us.”

When MC Haha asked them, “Tell us which girl group members you want to get close to,” the members obliged.

Jimin and Jin wanted to get close to Red Velvet, Suga and V with SNSD and Jungkook answered IU.