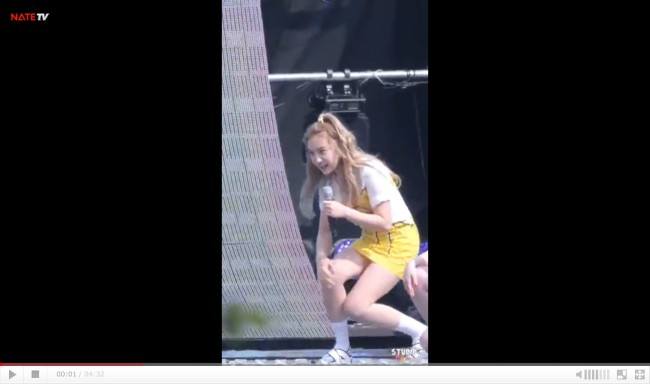 According to the netizen, the stage became too hot and uncomfortable to rehearse in as an effect of the hot, summer weather. The first few seconds of the clip showed Yerim trying to maintain her position within the choreography, despite tolerating the discomfort on her knee. However, the members were eventually commended for their determination to continue rehearsing despite the hot stage.

Although the group was promote to release their second mini-album The Velvet last March, Red Velvet is also set to return for a comeback once more this July.