Rising rapper Cheetah has been featured on the spread of international Hallyu magazine, KWAVE.

Cheetah, the winner of the first season of Mnet‘s hip-hop survival show Unpretty Rapstar, has recently garnered much attention for her talented rapping skills as well as her chic look and style.

The pictorials revealed her consistent yet charming tomboy look. Her short boyish haircut looks ever so sexy in the pictorials. In particular, the short pants paired with red lipstick may be an inspirational look for the coming summer.

Meanwhile, more photos can be found in the May edition of KWAVE. 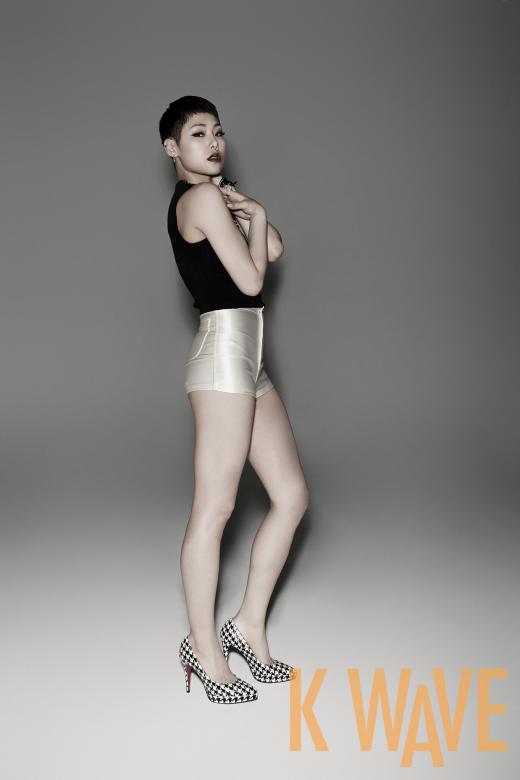