Many fans were excited after Dok2 revealed that he would be holding several concerts in Korea and Japan to celebrate his 27th birthday.

Unfortunately, however, the rapper recently cancelled every concert except for the Seoul stop. And although his representatives cited internal issues with the concerts, many fans are suspecting that the Busan and Japan concerts were cancelled because of incredibly low ticket sales. 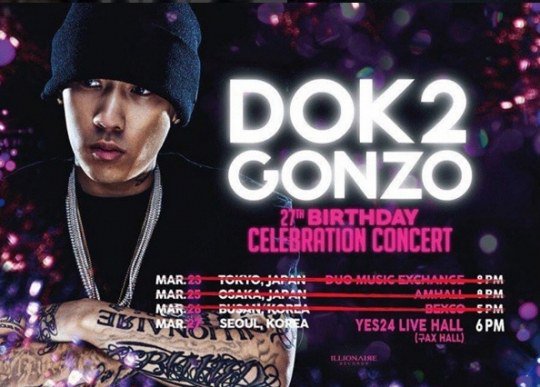 [ +530 / -48] Yeah.. Because tickets don’t get sold…. Even with concerts with Illionaire members were doing bad… And why in Japan all of a sudden… They know they’re gonna lose money so why bother.

[ +418 / -19] Tickets are not being sold hahahahaha I study abroad and there were some people saying that Dok2’s concert gives sales for students but I think Japan was a wrong choice.