Tiffany and Taeyeon stay true to their trademark Girls’ Generation fashion by flying out of South Korea with matching shoes.

Over the weekend, the two singers were spotted sporting a classier look at the airport as they made their way to the United States for Mnet’s KCON 2016. Tiffany appeared at Incheon International Airport with a silk top and ripped denim jeans, while Taeyeonoped for a yellow top and printed skirt.

Fans, however, caught on the fact that the two were wearing similar shoes on the trip, opting for a pair of brown boots. 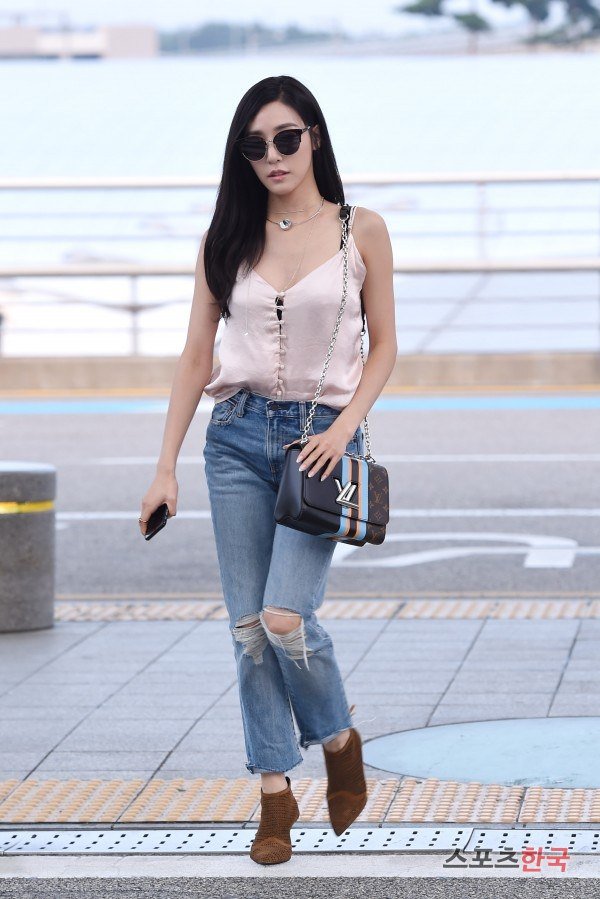 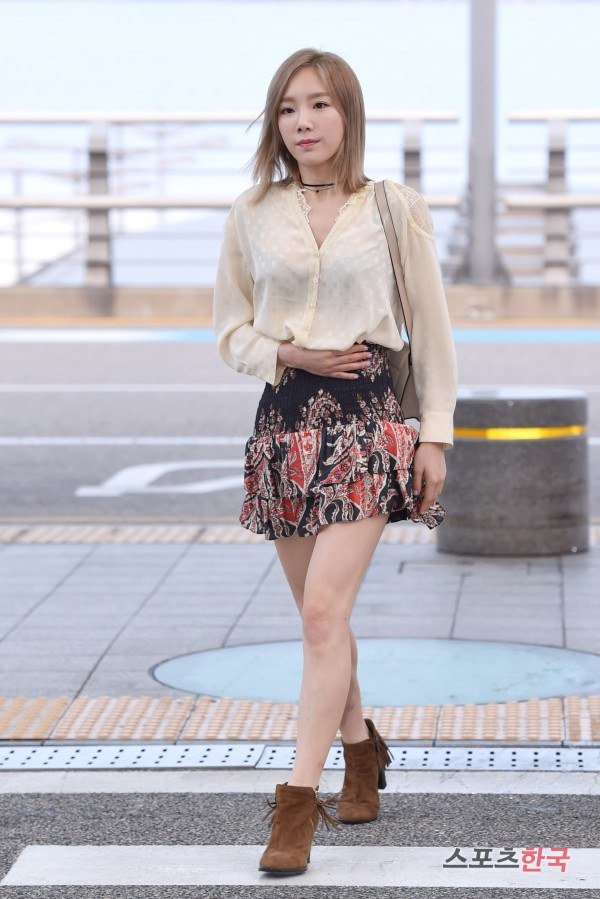