While these two female groups are making comebacks on the same day, netizens vote which group will win

Many groups will be making their comebacks in April which fans are excited for. But two female groups, TWICE and Lovelyz will be making a comeback together on April 25th. Which group will be more successful?

Originally posted on Pann, netizens and fans vote on whether if TWICE or Lovelyz will be more successful in their comebacks on April 25th.

Titled “TWICE vs Lovelyz,” here is the direct translation of the post and comments below.

“TWICE and Lovelyz are going heads up on April 25th.

Who will be more successful? 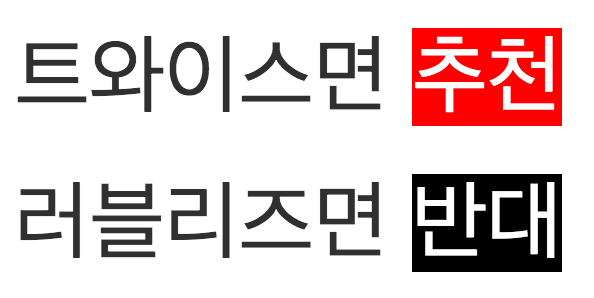 Thumbs up if you think TWICE will win.

Thumbs down if you think Lovelyz will win.”

[ +55 / -81] Wow look at ONCE comparing TWICE with groups that are less popular than them so that they can win. They are two-faced;;;;; Lovelyz will take over once they just get one song that appeals to the masses. I’m looking forward to them