Titled “Jimin’s Fans Who Dissed Taeyeon,” here is the direct translation of the post and comments below.

Translation: “@bbybbyb Her nose though……..” 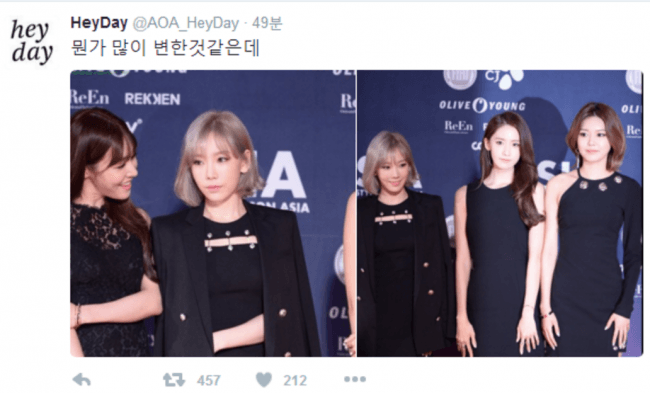 Translation: “It seems that it changed a lot”

Translation: ‘I am sorry for the revealing of the private conversation in public Twitter. I know that this mention hurt fans of Girls’ Generation but I apologize for this act.

I admit our fault at my actions and I will take all legal responsibility regarding this situation. I apologize to both Girls’ Generation fans and Taeyeon herself.

The reason why my feedback was late was due to the fact that my computer was getting fixed. After being notified by my friend through messages, I deleted the Tweet as soon as possible.’

This is Jimin’s fan’s apology letter.

[ +114 / -27] I really don’t like Jimin’s fans hahahaha There are no one who are apologizing.. Even if there are anti-fans of Girls’ Generation, isn’t it true that you guys should apologize?

[ +107 / -14] Did Taeyeon do anything wrong to Jimin? Why insult her face when Taeyeon wasn’t doing anything. Jimin’s fans really amaze me.

[ +102 / -10] It is true that this person must be careful because her Twitter is actually known hahahaha Please write those useless comments on private places.