As I.O.I attracted interest for their successful debut, member Kyulkyung is being admired not only for her looks, but also for her skills in the Korean language.

A post on Pann featured a candid photo of the young singer on her recent visit to Incheon International Airport. However, despite the random photo, fans cannot help but be amazed how the photo seemed not to differ from a photoshoot.

As netizens commented on her appearance, some cannot help did not immediately took her for a foreigner due to her stage name, looks and skills in Korean.

Born as Zhou Jieqiong from Taizhou, China, Kyulkyung was a trainee from Pledis Entertainment before making her debut as part of I.O.I. 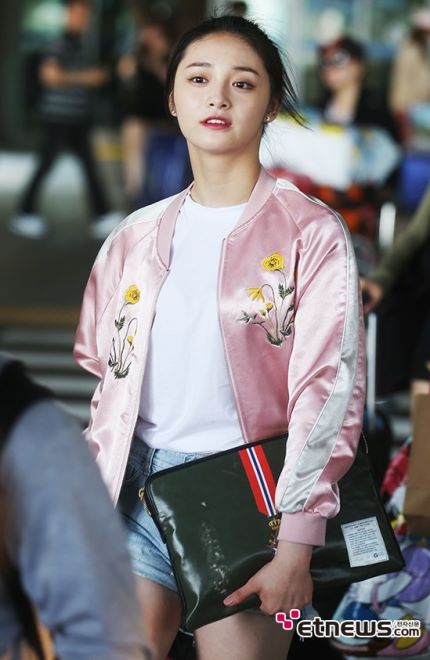