Despite the tough competition on the show, JYP Entertainment trainee Jeon Somi has been performing incredibly well on Mnet survival show Produce 101.

And while she’s been on the top throughout the entire show so far, netizens were nonetheless amazed by the singer’s latest accomplishment on the show. Somi became the first contestant on the show to reach 100% of the support goal based on votes, earning her a meal or coffee car.

Prior to Produce 101, Somi had gained attention by participating in the tough JYP Entertainment female trainee show SIXTEEN which had 16 female trainees from the agency compete in order to win a place in their girl group TWICE, who have since debuted. Unfortunately, Somi did not make it into the final lineup, but has reappeared with determination as she continues on her road to debut by participating in Produce 101 where 101 female trainees from 46 different agencies were pitted against each other in order to debut in the temporary EDM girl group unit. 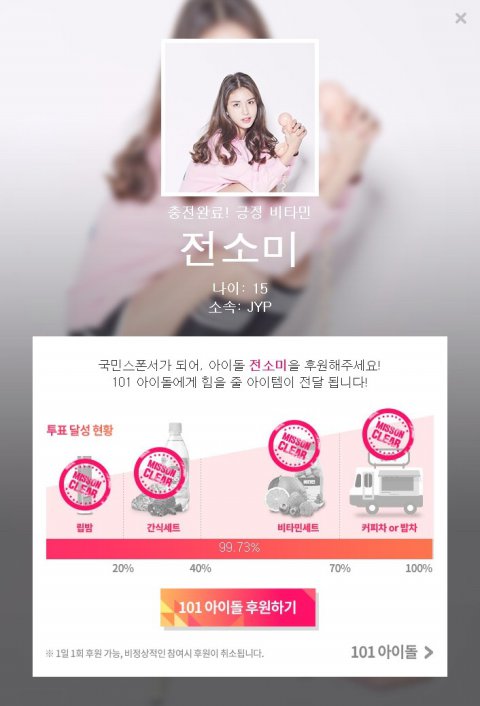 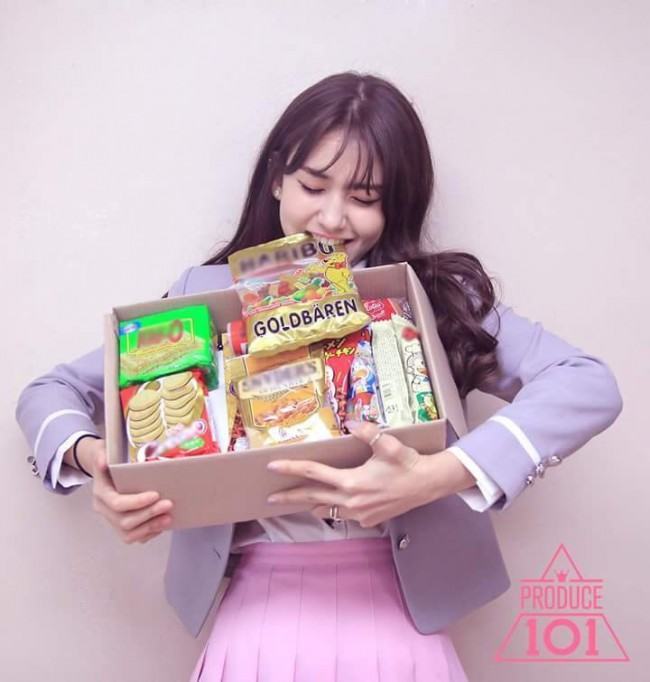 [+ 97, – 16] My baby you worked hard ㅠㅠㅠ even amidst all the malicious editing you cleared the final goal first ㅠㅠㅠ so proud