Although JYJ ‘s Junsu has been known for being incredibly rich, netizens were furious to discover the true level of his wealth.

A recent broadcast revealed that in addition to owning seven supercars, the JYJ member also owns a home in worth about 2.9 billion won (~$2,415,758 USD). Upon discovering this, however, netizens couldn’t help but criticize the singer when JYJ claimed to have been slaves to contracts, as well as his fans for blindly throwing their money at him to fund his luxurious lifestyle. 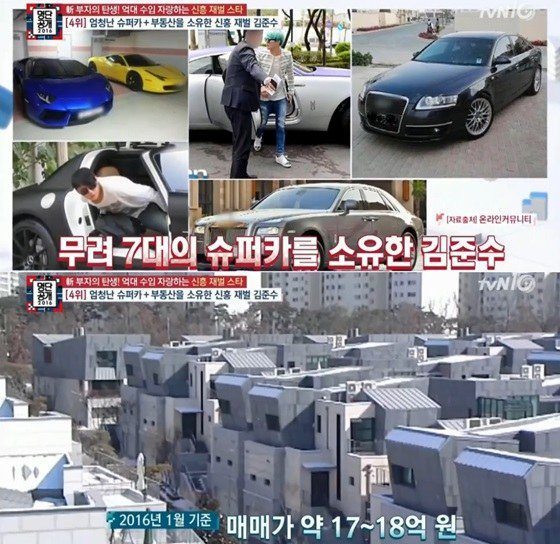