Netizens are in disarray after reacting differently to a post accusing Oh My Girl for racist intent in their latest Windy Days promotions.

Recently, Oh My Girl was in the middle of a racism and racist appropriation accusation as they released their track “Windy Days.” Although the fact that the track contained hints of using South Asian influence, fans were turned off with the way they behaved when asked about the inspiration behind their music and choreography.

A fan and her post also got attention after it enumerated the amount of times the members were called out for behaving inappropriately and displaying stereotypical moves when asked about their choreography. It was also pointed out that ever since “Windy Days” was released, the group has been labelled by the fans as “curry-dols” and named their dance “Aladdin dance” after the South Asian influence in their latest comeback.

The accusation continues to receive mixed reactions as some defend that the group was not at fault for the appropriate but their fans, while others demand an apology for their stereotypical attempt to mock the culture. 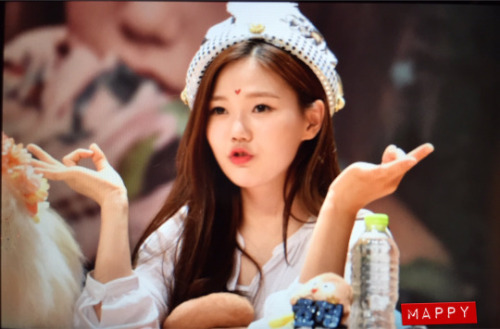 Although the original claims for the Oh My Girl’s behaviour were deleted online, one of the fan posts on Tumblr continues to get mixed comments online.

What’s your take on the issue?