Despite being known for their plastic surgery procedures, South Korea is apparently jealous of Japan’s new law.

Recently, a post on Daum Cafe highlighted the topic on “Metabo Law,” a law that allegedly makes it illegal to be fat. It was revealed that Japan mandates its citizens between the ages of 45 to 74 years old to have their waistlines measured at least once a year. It is not true, however, that an individual will be fined or imprisoned for being overweight.

If one goes over the prescribed waistline, one will be required for a consultation with a physician and will be given advices to encourage a healthier living.

Another piece of information that was brought up with the law was that of the sumo wrestlers. As the law only applies between 40 to 75 years old and the majority of sumo wrestlers will not be measured during the time of their career.

As the report was posted online, netizens are wishing that such law should be implemented in South Korea too, as it prevents obesity-related diseases and promotes higher life expectancy. 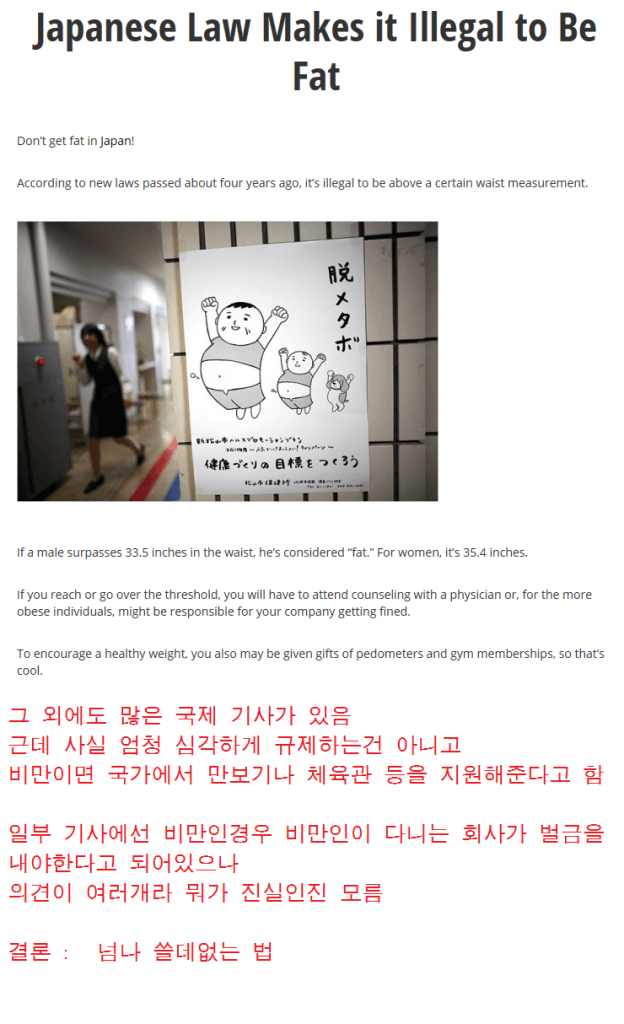