It’s revealed that the high school that Lee Soo Man attended back in his teenage years is holding an event in which it calls for its alumni’s to donate and sponsor an item.

On the other hand, other successful alumni’s was listed sponsoring televisions and other assorted things making Lee Soo Man the only one to sponsor a group. 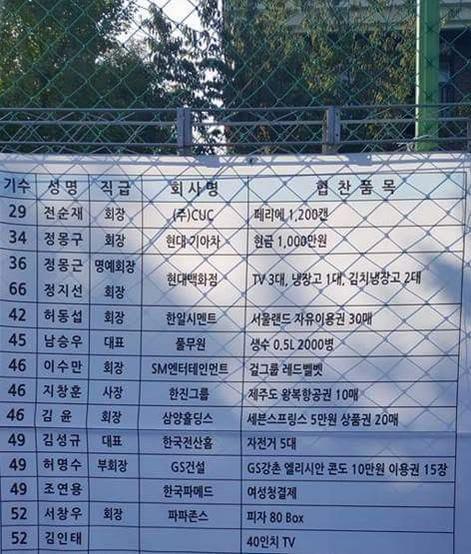