Sometimes idols go to extreme measures for the sake of losing weight, and on a recent radio broadcast, Lovelyz‘s Jin revealed a truly depressing story involving her diet. According to the Woollim Entertainment singer, whenever the group members come back really late from their schedules, they would secretly eat at night despite being on strict diets. Jin added, however, that of all the members, she’s the one that always gets caught. She then revealed that one time she was eating a chocolate cake in the bathroom, but was caught by her manager, who promptly threw it away. Upon hearing this story, netizens expressed their disapproval for the agency’s strict rules on the group members’ diets. 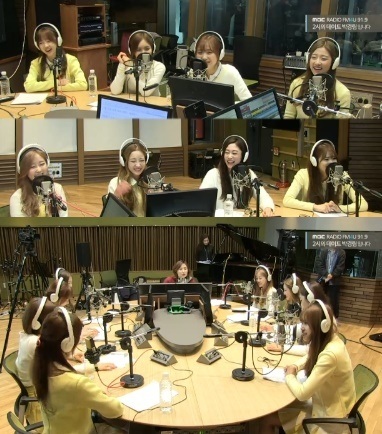