Netizens discuss the current situation of Cube Entertainment and continue to bash them for the alleged mismanagement of their artists.

Cube Entertainment is responsible for managing popular acts such as BEAST, BTOB and 4minute. However, a post on Pann claimed that Cube Entertainment mismanaged artists through a number of wrong decisions, which results to a deficit loss in the first half of 2015.

The original thread was posted with the title “Current Situation of Cube f*ck hahahahahaha” and here is the direct translation of the post and netizen discussion below.

To make it simple:

1. When Cube emerged, there were unexpected losses

2. They forced their new girl group (CLC) to promote two albums which failed

3. This resulted in deficit loss

4. The mess that Cube Entertainment made is being cleaned by every group working internationally except for the rookie group (CLC).

“They resulted in deficit loss in the first half of 2015. I don’t know what will happen in the second half of the year but f*ck, BEAST, BTOB and 4 Minute now have to clean Cube Entertainment’s mess. Those f*cking bastards.”

[ +157 / -3] This makes sense that BEAST only promoted their album for 2 weeks before leaving. BTOB, who should be promoting their b-track song, is in Japan working with no rest. Hyuna making a comeback already…. hahahaha I was wondering why Cube artists were constantly coming out hahahaha ah.. hahahaha This pisses me off so much ha.. 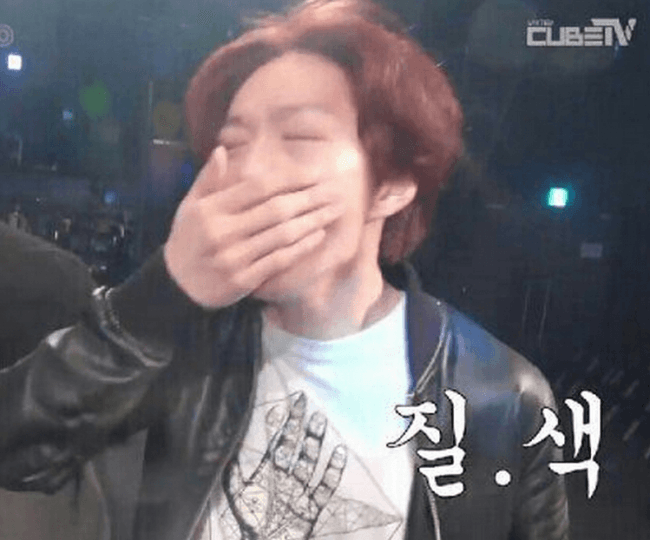 [ +145 / -5] I think Cube is also responsible for CLC not having good attitudes.. They should have developed them better if they weren’t getting noticed but they literally keep pushing it by promoting these girls with attitude problems towards their sunbaes. Why are they keep pushing it???? CLC’s attitude became like this because the company serves them like their queens or something. I think that is why they seem to have attitude problems. Look at BEAST and BTOB.. Company didn’t push and help them like this when they were rookies but they made 1st place in music charts by promoting their own music. Woolim Entertainment keeps it constant with INFINITE and their rookie group Lovelyz by not allowing members to do individual activities and making their group slowly grow in popularity;; But I don’t know why Cube Entertainment doesn’t push groups that deserve it but do it for groups that don’t have potential. No solution for this;;