As rookie group ROMEO releases teasers in preparation for their upcoming debut, sharp-eyed netizens have accused the group of plagiarizing INFINITE‘s Season 2 concept.

ROMEO, a seven member male group under CT Entertainment and Japanese agency Pony Canyon, is set to drop their debut music video, “Lovesick,” along with their first EP, The ROMEO, on May 7th.

After ROMEO revealed their album cover on April 30th, netizens began to criticize the group for copying INFINITE’s Season 2 concept. To prove their point, netizens compared the two group’s concept photos, by placing them side by side and drawing similarities from the outfits, member placement, and font used in the photos. 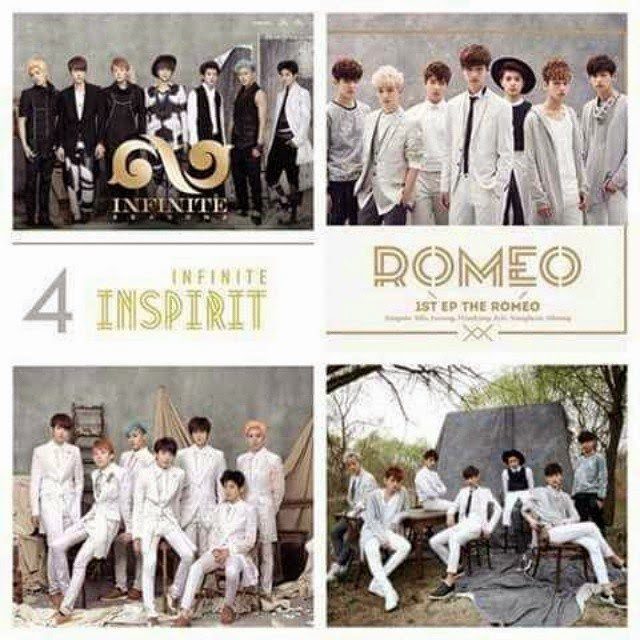 However, despite the claims of plagiarism, Inspirits have kept rather quiet on the matter, with the support of many netizens who say that the copying is a marketing ploy, and that by responding to the group’s concept would just help their promotions.

Check out some of the netizen comments:

1. [+110, -0] Inspirits, don’t react. This is obviously noise marketing by that group and reacting to it might just get us more hate in the end. Just don’t take an interest.

3. [+95, -0] I think Inspirits are right… reacting won’t change anything ㅋ It’ll probably be buried just like when Disney plagiarized ‘Come Back Again’ ㅋㅋ Best not to show an interest in them at all or else other fandoms will yell at us for being mean to rookies ㅋㅋㅋ

4. [+43, -0] I had a feeling I saw that Romeo font somewhere and Inspirit used it for their fanclub card…

5. [+30, -3] Inspirits really know how to avoid drama. They react to trouble well, even when Lovelyz was getting hate and they asked the other members to not be hated with her.

6. [+29, -0] I think it’s noise marketing ㅋㅋ A-JAX copied the ‘Chaser’ concept in the past too ㅋㅋ We should just stay quiet. It’s not like us saying anything will randomly change their concept.

10. [+17, -0] This comparison is even more similar… seems like noise marketing is a must nowadays ㅋ