Netizens have criticized Girls’ Generation Yuri after showing tears confessing her inner thoughts about being an idol.

Earlier, we have reported that Girls’ Generation Yuri has appeared on Olive TV’s program MAPS. Yuri was seen crying while confessing that at times she did not feel as if being a celebrity really fit her personality.

After the program aired, many netizens have gathered to criticize her tears and confession.

Read the translated comments below. 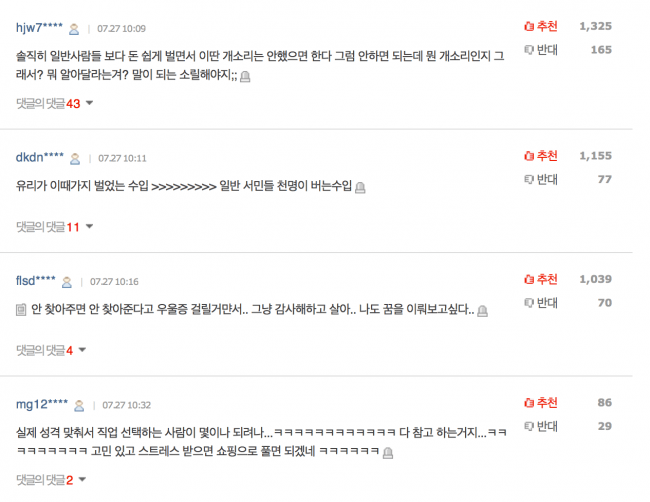 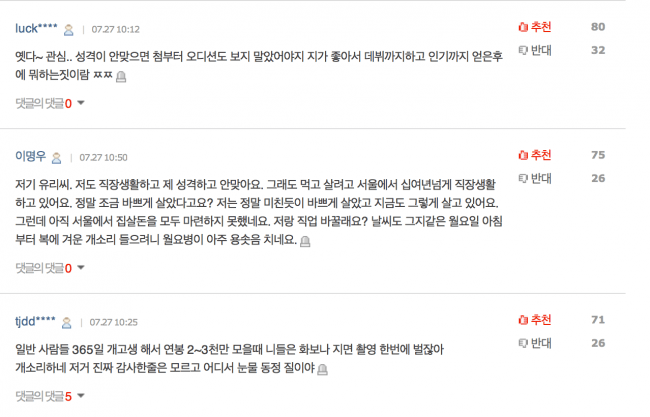 [+1,325, -165] To be honest, they’re making a lot more money easily than ordinary people so I hope she doesn’t say that type of bull crap. So? Do you want a hug or something? Say something that actually makes sense;;

[+86, -29] To best honest, how many people are in the world that work in an environment that fits their personality… hahahahahahahahahahah Everyone just endures it… hahahahahahaha If she has a problem or stressed, she can go shopping and let out all the stress hahahahahaha

[+80, -32] Phew.. Attention.. If being a celebrity didn’t fit your personality, she shouldn’t have auditioned anyways. What is she doing after making a debut after she wanted to and doing something like this. Tsk tsk.

[+75, -26] Miss Yuri. I, too don’t fit the personality with my current job. But because I want to eat and live, I have been working at an office for over 10 years. Did you say you lived a little busy? For me, I have been crazy busy my whole life until now. But I still haven’t saved up enough money to live in Seoul. Do you want to switch jobs? Hearing this bull crap starting from this shitty Monday makes me sick.

[+71, -26] She makes 20-30 grand every advertisement shoot she gets while most ordinary people have to suffer for 365 days a year to make that much. She is really talking bull crap trying to buy sympathy not being thankful of her life.