In addition to being a great vocalist, Red Velvet‘s Wendy has also been named one of the most beautiful young idols in the industry.

While the SM Entertainment singer looks beautiful on broadcasts and in press photos, some netizens are claiming that her appearance in real life is actually quite different. Using a fan photo of the Red Velvet member from a shooting of talk show Hello Counselor, netizens discussed Wendy’s appearance and weight management. 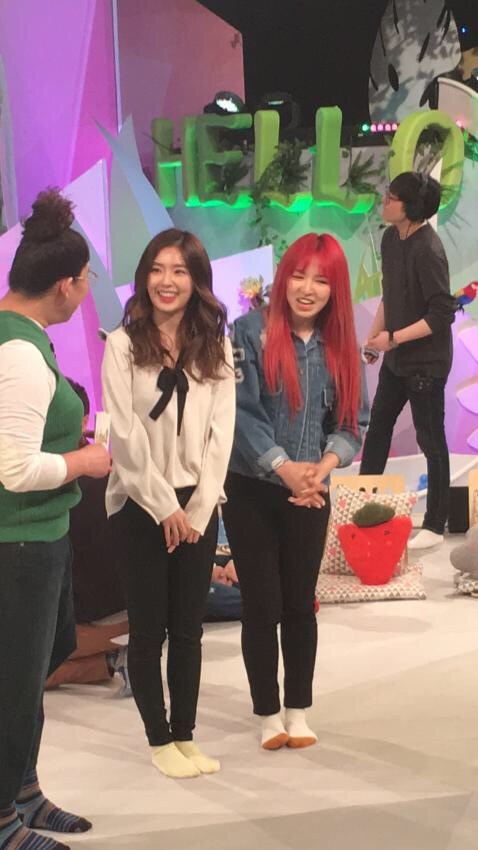 [ +139 / -155] I mean this is correct hahahaha. Taeyeon gained weight earlier in her career because her schedule was irregular but no one in Girls’ Generation at Wendy’s age became that fat like her. I have nothing to say really.

[ +49 / 0] I mean she did lose some weight since the hiatus. Stop worrying about them and worrya bout yourselves ^^