Netizens and fans alike criticized singer and actor Rain after the Korean media discovered his alleged lies about his upcoming “sold-out” concert.

On January 28th, Rain’s agency, Rain Company, reminded fans that he will be bringing his 7th world tour, The Squall, in Hong Kong. It further came with a statement saying, “Due to many fans anticipating his performances in many countries, all of the seats in the Hong Kong concert have been sold out. This proved that Rain is still being loved in the local areas on Hong Kong.”

However, as the reports circulated, along with the claims made the agency, the concert tickets were found to be still available through Hong Kong’s ticketing website, HKTicketing. In actuality, out of the 1-6 class seats, there are still tickets available in all classes except the first and fifth, with fans able to reserve up to ten tickets per person if they wanted to.

This argument provided by the Korean media questions the claims made by Rain Company  after also releasing positive statements about his concerts in Seoul, Shanghai and other major cities in China.

Rain is scheduled to bring The Squall in Hong Kong on January 30th. 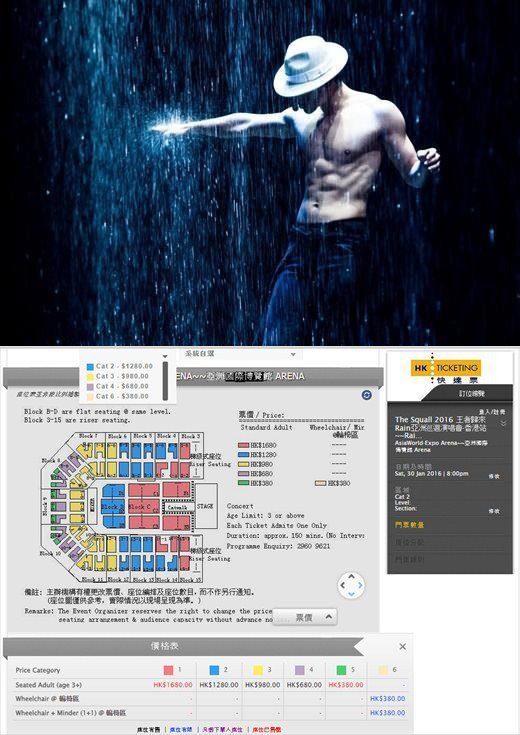 [ +1,364 / -113] Hahahahahahaha I wonder how much the reporters got in the beginning claiming that he was a ‘world star’