AOA Seolhyun and her entertainment agency has been accused of excessive media play to put her in the spotlight. Some have also discredited Seolhyun’s actual popularity by claiming that she hasn’t done much in her career besides commercials. But are netizens done with these media plays of AOA Seolhyun?

Originally posted on Pann, netizens plead AOA Seolhyun to stop her media play comparing herself to other top visual idols.

Titled “Yoona and Seolhyun’s Visuals,” here is the direct translation of the post and comments below. 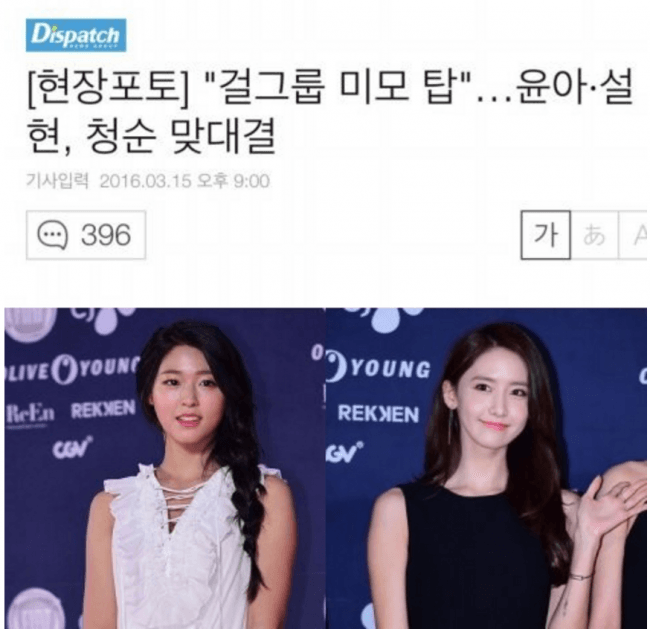 “For real, Seolhyun should stop comparing herself not only to Yoona but

other female idols. That photo above ends all discussion.

Are her fans going to claim more men like Seolhyun?

If you look at their fandom, you can find the truth. Stop saying stuff that doesn’t make any sense.”