After closely watching their biases, netizens have found a new love line that was formed between leaders of two groups. Starting from the day that they first met, netizens collect evidence that BTOB leader Eunkwang and EXO leader Suho may have gotten closer.

Originally titled “EXO Leader and BTOB Leader hahahaha,” here is the direct translation of the post and comments below.

“Suho mentioned Eunkwang while chatting hahahaha How did they get close?????? Of course it is good that they are close though!!!”

Suho: “I often listen to BTOB’s songs because they are good. Eunkwang, who I have recently gotten close to, is in the group ha.”

“One of the answers for his question was Suho but he got it right hahaha!!!” 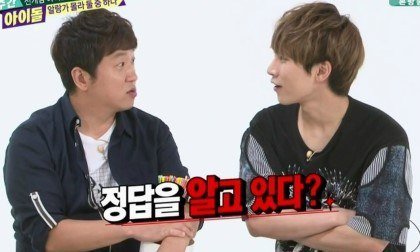 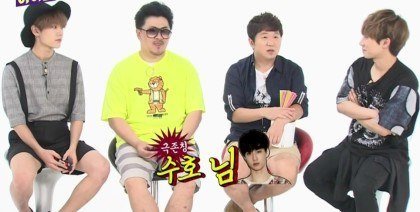 Jung Hyung Don: ‘Tell me why Suho is the answer’

“Look at him laugh hahahahaha” 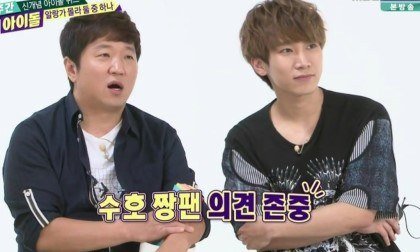 “So at last, I’ll finish off with pictures of Eunkwang and Suho” 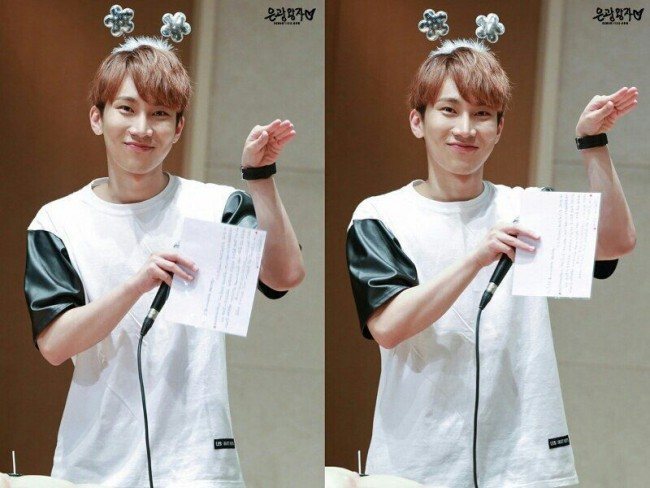 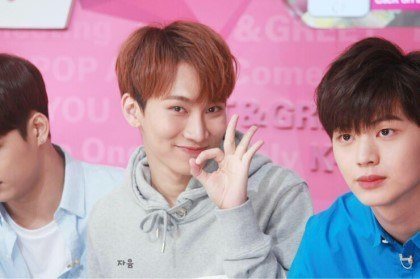 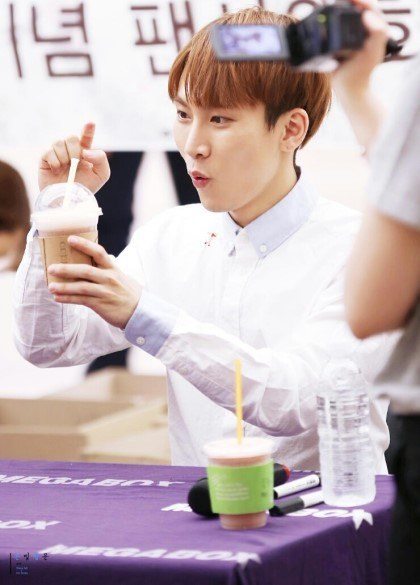 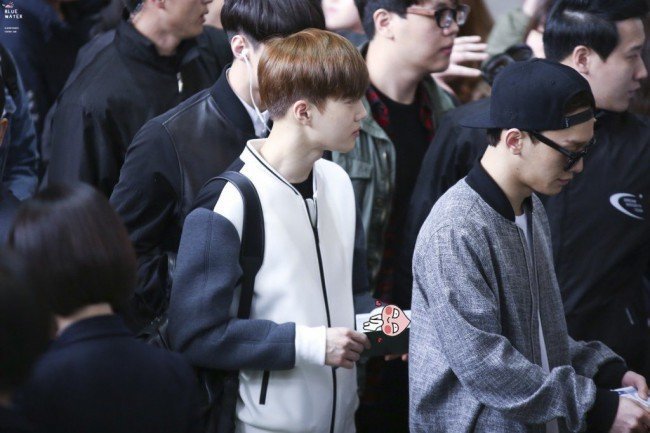 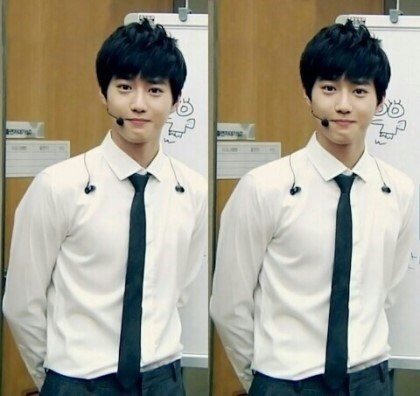 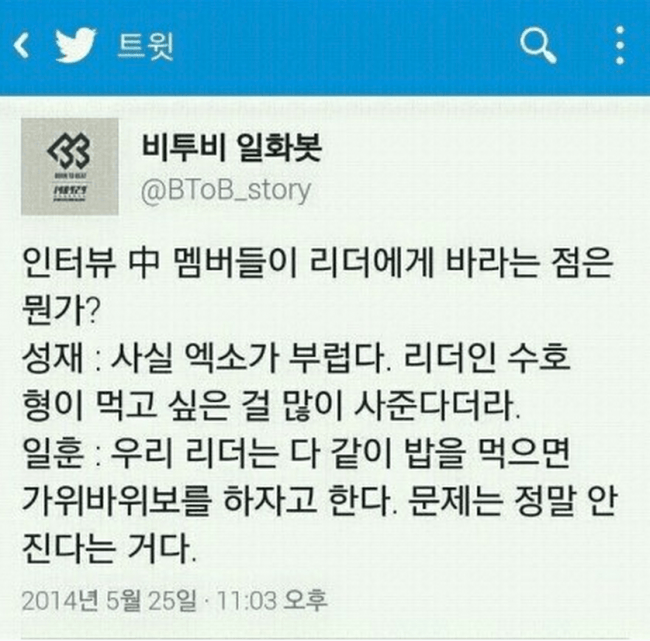 Translation: Interview with BTOB: What do you want more from the leader?

Sungjae: “I’m jelous of EXO. I heard leader Suho buys a lot of food for the members.

Il Hoon: “Our leader wants to play rock paper scissors for food. The problem is that he never loses.”

[ +127 / 0] If Jun Myeon listens to it… then me too hahahahahaha I listened after downloading hahahaha Songs are freaking good. The second song confession is freaking good too T_T_T_T 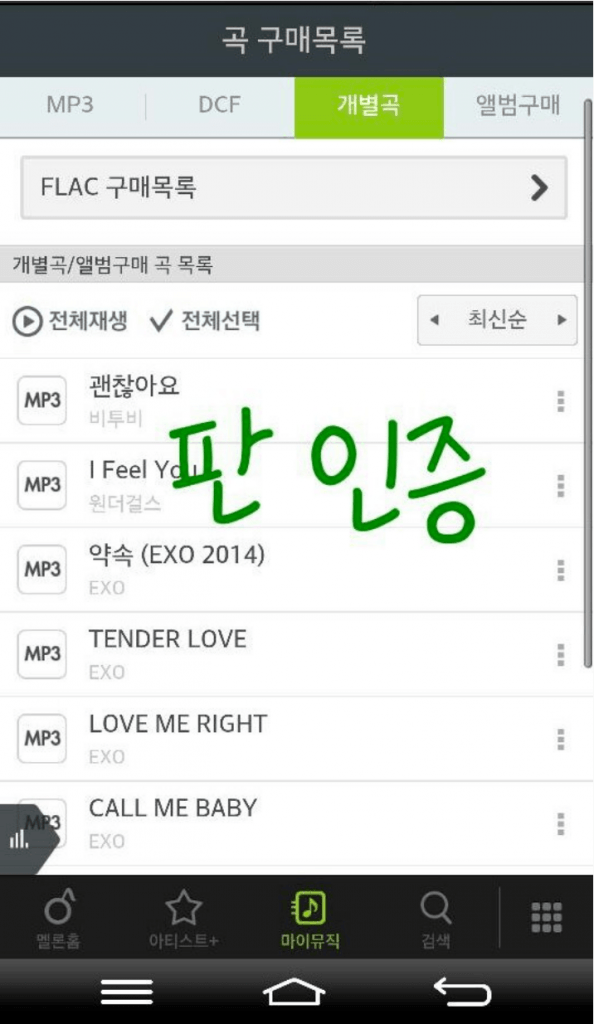 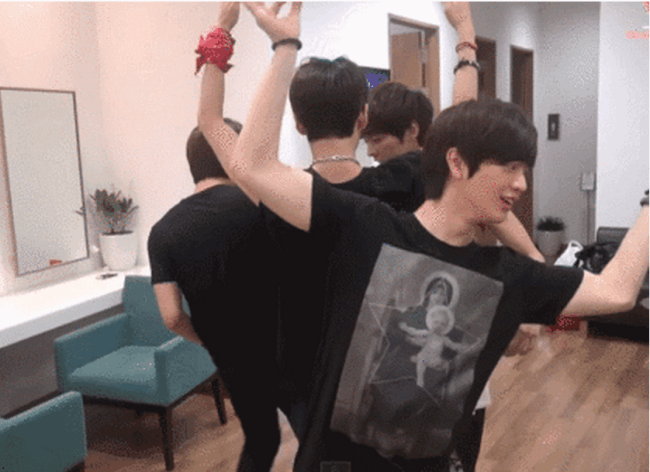