We can undoubtedly trace f(x) Amber‘s quirkiness back to her father.

On May 24th, Amber uploaded a photo of herself and a fan posing closely for the camera on her official Twitter account, only to have her father do a major photobomb in the background.

With a captioned edited photo and a closeup of her father that read, “Just Papa Lui being LIU,” Amber tweeted, “LOL DAD. Thank you to the fan for being such a good sport.”

Amber, who is known for her free-spirited and friendly personality, definitely picks up after her father, not only in looks but also her playful and silly personality. 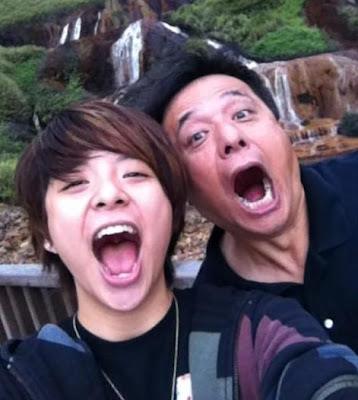 LOL DAD. Thank you to the fan for being such a good sport pic.twitter.com/Zj1IfOPNId