Earlier, we reported that f(x)’s Krystal and EXO’s Kai were new idol couple in the K-pop industry. With this news, many fans and netizens have been curious about their relationship.

Here is the direct translation of the post from Dispatch.

“A new couple with outstanding visuals has been introduced. EXO Kai and f(x) Krystal are the two lovers.

They were often called ‘Kaistal.’ They are not only friends but old colleagues. And in 2016, their relationship took a different direction with emotions. They have fallen for each other.

‘Dispatch’ has spotted Kai and Krystal on a real date. In midst of their international schedules, they found time to meet each other. 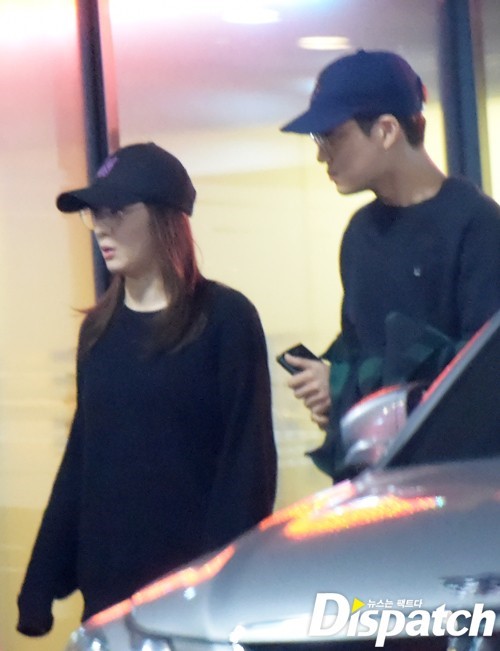 Q: I’m curious about how the two met.

D: The two met first back in 2007 in SM. Krystal started her days as a trainee in year 2006 while Kai entered SM in 2007. The spent time together as trainees.

Q. Did they spend a lot of time as friends?

D. Kai and Krystal are the same age born in year 94′. Kai is considered as a oppa as he was born in January but they remained as friends.

Group f(x) made their debut first which is three years before group EXO. The two had a junior and senior relationship while being close friends. They have been friends for almost 10 years. 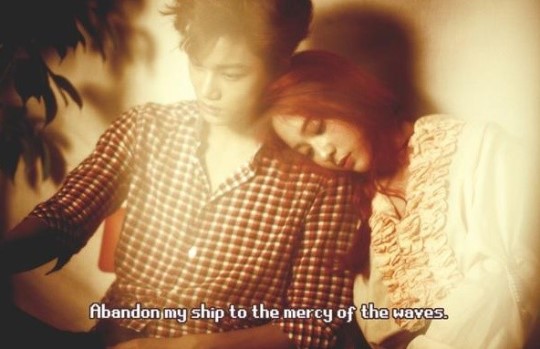 Q. They were often regarded as business couple?

D. Kai and Krystal worked together in the past. For example, Kai appeared on f(x)’s teaser for ‘Pink Tape’ back in 2013.

They also attended as luxury’s brand’s open party together as well. They were featured on fashion magazines together and collaborated often due to their similarities in looks and style.

Q. They were often called ‘Kaistal’ amongst fans?

The two really look alike as well. Their chemistry together is amazing. Regarding their looks, they give off a cold look. But in reality, they are both nice and have aegyos. 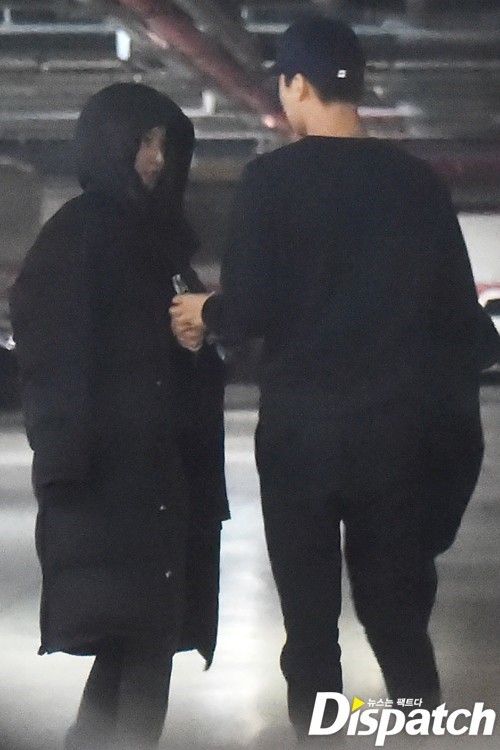 Q. When did they exactly start dating?

D. The two spent 8 years as friends. They not only have many similarities but they even look like one another. They probably depended on each other through the hard days.

According to sources, they started having feelings for each other starting this year. Of course, there were many speculations and misunderstanding from people that they were ‘dating’ in the past. But it has only been recent that they have become an official couple 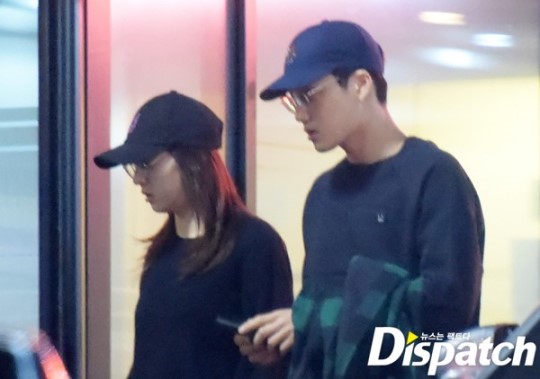 Q. The two were very busy this year.

D. EXO hosted their 2nd world tour this year. f(x) also hosted their own concert in Japan. They weren’t busy in January but they have been very busy starting February. Perhaps that is why their love was more special.

Q. Going on dates must have been difficult for them.

f(x) hosted their concert in mid February in Fukuoka, Tokyo, Osaka and Nagoya in Japan. They both toured around internationally for their schedules.

Finding time for one another wasn’t an easy task for them. They used time in between their schedules to meet. For example, they used the time after Kai finished his performance in LA on February 16th and when Krystal came back on February 28th from her concert in Nagoya, Japan. 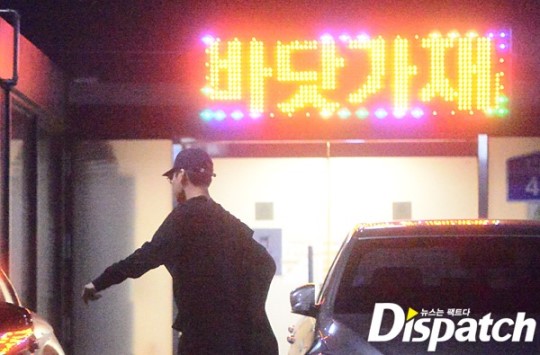 Q. Where did they usually enjoy their dates?

D. These two are the most chic idols in the industry. But they went on with their dates. They usually avoided places with many people. Instead of going to fancy restaurants, they went to restaurants that were notorious for their food.

The two are famous for loving to eat. They visited a lobster place located in Gangbuk. This place is famous for being of the the favorite places for the ‘Jung sisters.’

Q. Their dating fashion must have been catchy.

D. They looked like a ordinary college couple. They matched their hat and glasses. They dressed very casually during their dates.

Because they were famous for being close friends, they didn’t mind other people noticing them. Despite wearing glasses, it was easy for anyone to notice who they were. 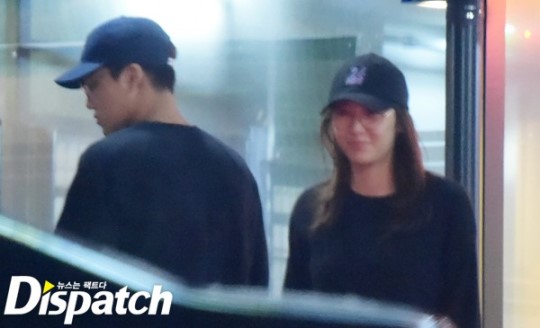 Q. I’m curious about the mood during their dates.

D. Kai is very charismatic on stage. But in front of Krystal, he is full of manners. Being worried about Krystal being cold, he even took off his jacket for her to wear.

Krystal was full of aegyo. She laughed brightly as she put on his jacket. It was a sight of a couple being happy about small things.

Q. Did they have any other special dates together?

D. The two are notorious for loving sports. According to sources, it has been revealed that the two also visisted a ski resort. But due to goggles, masks and helmets, no one noticed them.

The two have spent a long time as friends and they have only recently become an official couple. They didn’t have many special dates together. They used little time they can find in midst of their busy schedules to see each other. 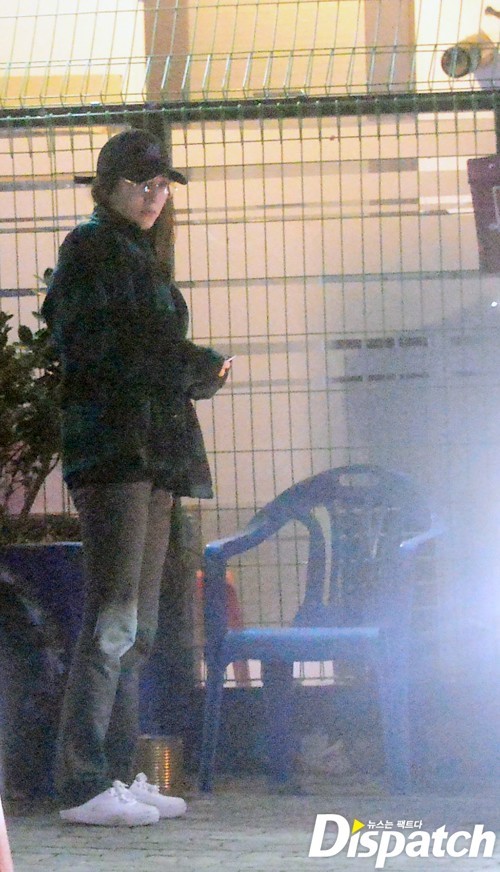 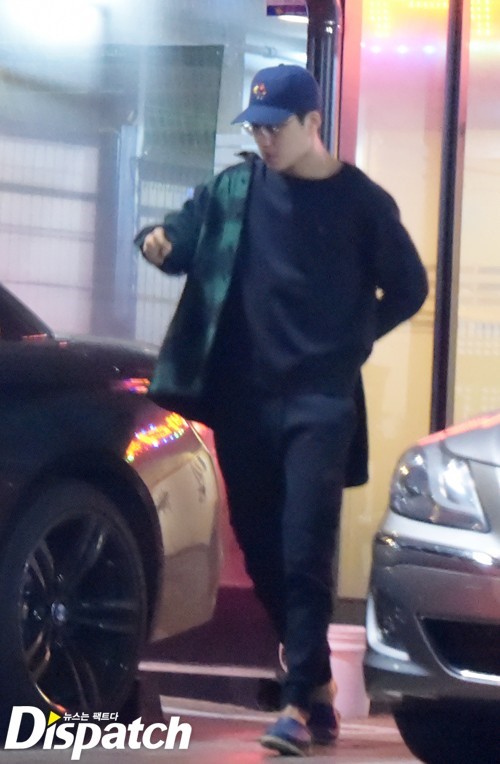