SBS has released a second promotional poster for its upcoming drama, Modern Farmer, just hours prior to its first episode on October 18th.

FNC Entertainment unveiled a second poster for the SBS weekend drama, which stars Kwak Dong Yeon and FT Island‘s Lee Hongki. This lighthearted drama revolves around a rock band who call themselves Excellent Souls. Modern Farmer follows the stories of what life has in store for the band members following their unprecedented move to the countryside.

Here, FNC Entertainment shared the secret to the drama’s comical “cabbage head” poster. To achieve this realistic effect, the actors were actually buried in the field! Now that’s true dedication!

Recently, it was revealed that INFINITE will be singing an OST for this drama.

Modern Farmer will air its first episode on October 18th at 8:45pm KST! 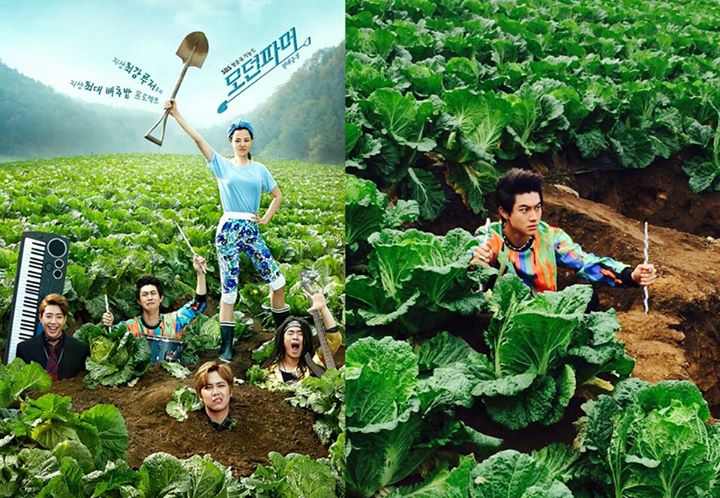