Causing quite a reaction after posing with her official standee at Hazzys, AOA’s Seolhyun’s fansign event was reported to have had quite a poor turnout.

Some were even encouraging other fans to immediately go to the event as there were barely ten fans queueing for the actual fan sign.

It was later on explained that at least 100 free tickets were given for the customers who purchased from fashion brand, Hazzys, however, less than ten fans were reported to have bought tickets. The small turn-out led to speculations of her possible decreasing popularity.

[+ 297, – 41] Recentlyz HAZZYS gave out 100 tickets and only 10 came. That means she’s not popular at all seriously. It’s no use being popular on men’s communities that place is full of people who just sit at home typing all day. 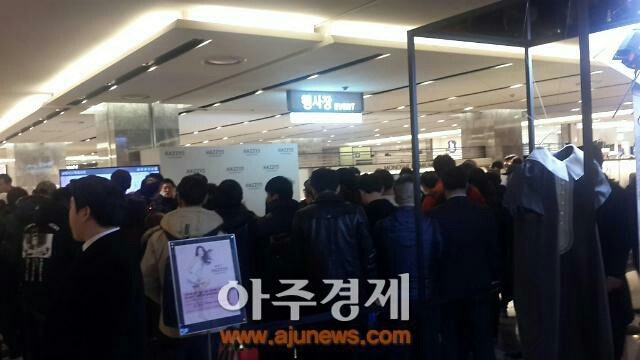