After a recent post on Pann gained a lot of popularity for asking why Yonghwa’s photo has been used on Twitter’s log-in page, the social media platform released an official response. 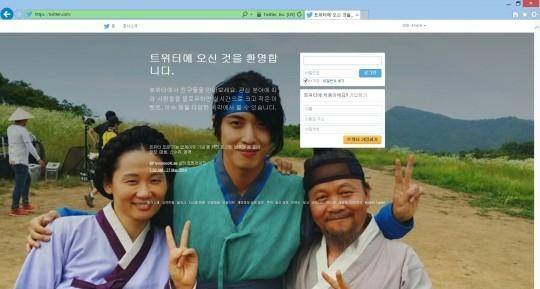 In response to the question, a Twitter representative stated:

“The pictures used on the log-in page change randomly. We decided to use this picture of Jung Yonghwa because he’s wearing a traditional Korean hanbok and it fits very well with Korea’s image. There are a lot of K-Pop fans on Twitter, and from all the K-Pop artists’ accounts that we’ve seen, this photo represents Korea the best. This picture can be seen on our website worldwide, not just in Korea.”

After being curious for so long, netizens appeared to have been satisfied with Twitter’s answer.