If you miss the original cast members of We Got Married, you’d be delighted to know that “Ant Couple” Crown J and Seo In Young recently reunited!

On November 24th, the former We Got Married couple posted photos of their recent meet-up, along with throwback couple shots from their “Ant Couple” days. The couple further warmed fans with tags such as “#AntCouple, #WeGood, #SomethingsJustNeverChang #WeMightJust and #reunion”, sparking speculations that the two might return with more collaborations soon.

All of their updates, however, had fans reminiscing to the days when the couple appeared on the first season of the program, which led to positive comments on more reunions.

Check out their updates below! 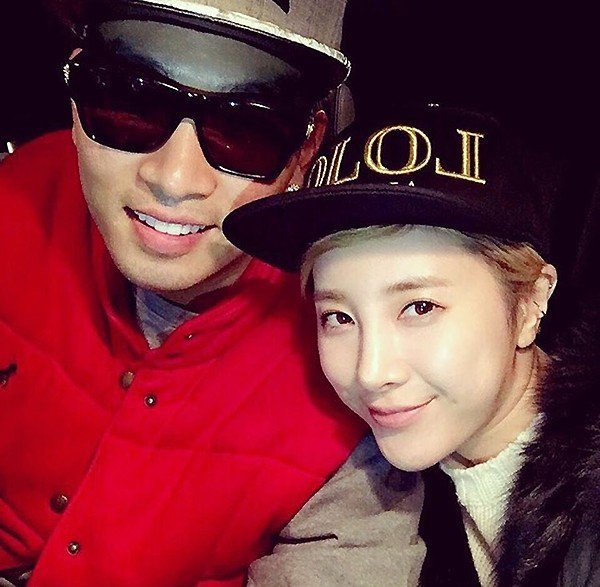 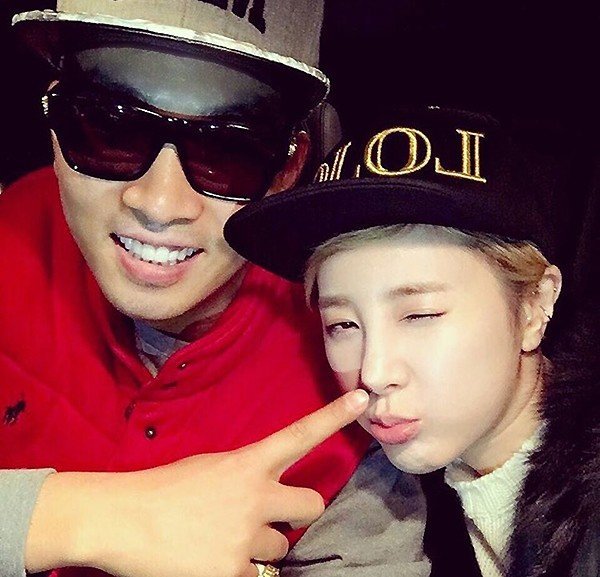 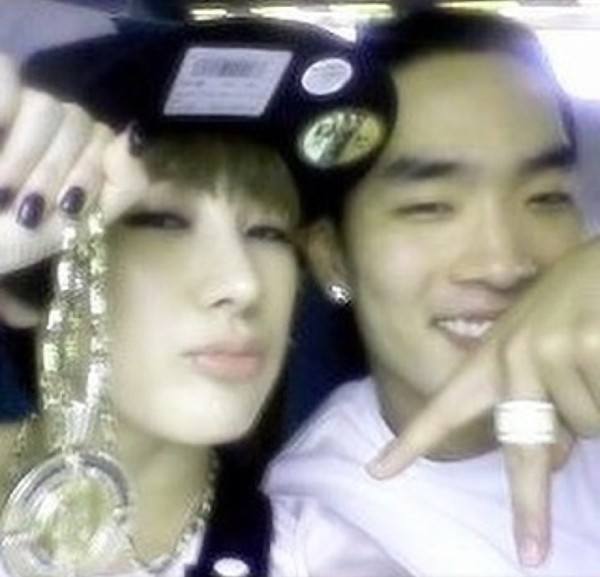 Netizens who came across these photos began gathering more evidence hinting towards a reunion of the two on the show WGM. 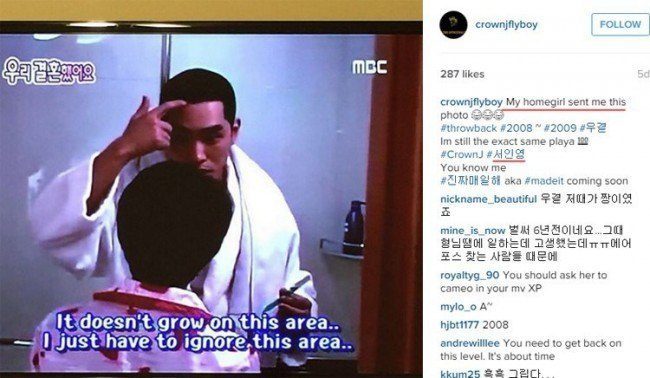 Fans of the couple were delighted when Crown J suddenly posted a screenshot of one of their WGM episodes. If that wasn’t enough of a spoiler Seo In Young left this message on Instagram. 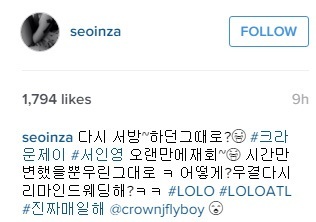 “Back to when I used to call you husband~#CrownJ#Seoinyoung Longtimenosee~Time passes but we’re the same ㅋ Should we go for a remind wedding on WGM? 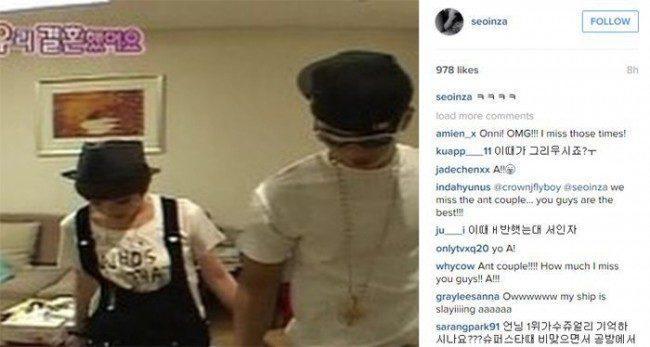 After that she went on to upload this picture on her Instagram.