On the recent episode, G-Dragon and Taeyang took Kwanghee to a karaoke to test and judge his singing abilities. When a song was introduced, Kwanghee stated “Oh I’m really good at Seungri’s part in this BIGBANG song.” It was followed by a remark from G-Dragon saying, “Seungri is good at singing. Our Seungri is good,” in a sarcastic manner that brought laughter.

But after airing, many alleged fans of BIGBANG left malicious comments on Kwanghee’s Instagram.

These comments included “The more I think about it, I feel like sh*t but what makes you think you can sing Seungri’s part better than him?” and “Don’t try to irritate G-Dragon because of your merit conscience.”

Read some of the malicious comments below: 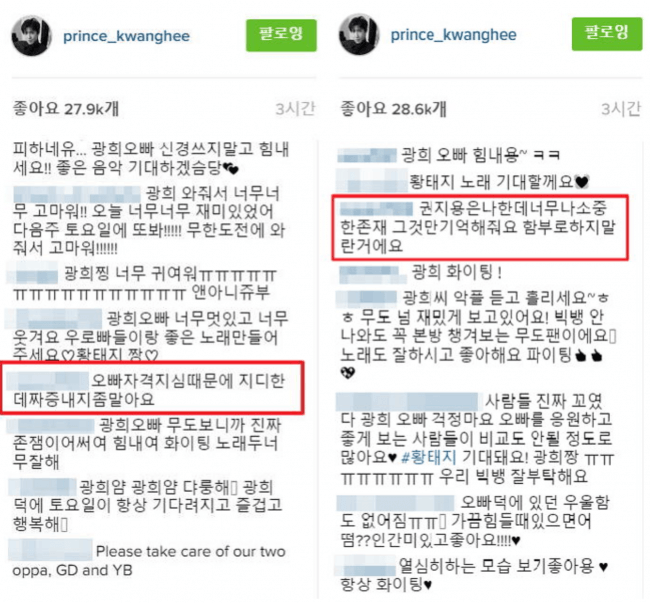 “Oppa, don’t try to irritate G-Dragon because of your merit conscience.” 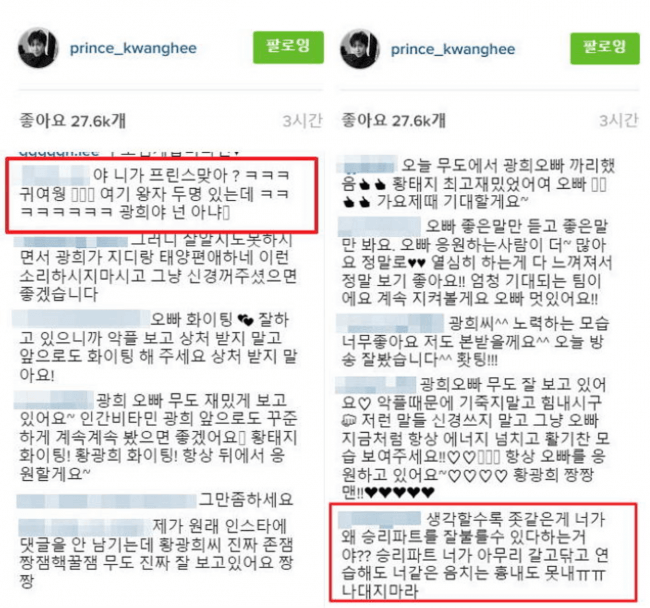 “Yo, are you really a prince? hahaha cute but there are two princes in the picture hahahahahahahahahaha but Kwanghee you are not one of them”

“The more I think about it, I feel like sh*t but what makes you think you can sing Seungri’s part better than him?” 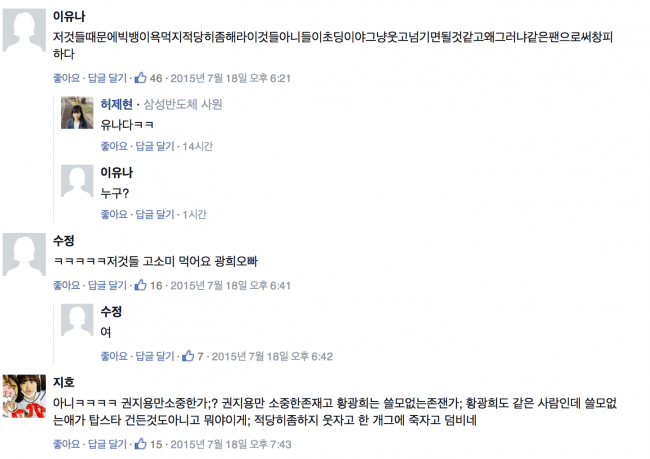 [ +45 ] Stop acting like elementary kids and giving BIGBANG a bad image. Just laugh and move on because I feel embarrassed to be the same fans like you.

[ +15 ] No hahahaha but is only GD precious;? Is he the only important one and is Hwang Kwanghee an unimportant being; Hwang Kwanghee is a person too no matter if they are top stars or not. What is this; enough is enough. Comedy is for laughs, don’t hate on him like your going to kill him because of comedy.