Soon after JYP Entertainment confirmed that 2PM would be the next artists under the agency to make a comeback, further announcements revealed a concert in the making as well.

Soon after releasing their 5th studio album on June 1st, 2PM will be holding their comeback concert at the Olympic Park Gymnastics Stadium in Seoul for two days, June 27th and 28th.

It is also being reported that the members took part of their new album’s tracks, and with the success of Jun.K‘s participation in their last album Go Crazy, anticipation for their comeback has risen.

After nine months since their last album release, promoting in Japan and completing their world tour, 2PM will finally be returning! 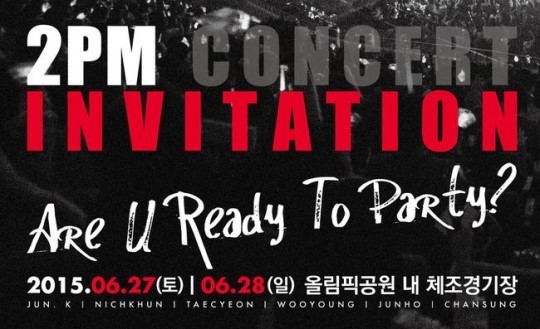